O’Connell back in Munster team for Leinster clash 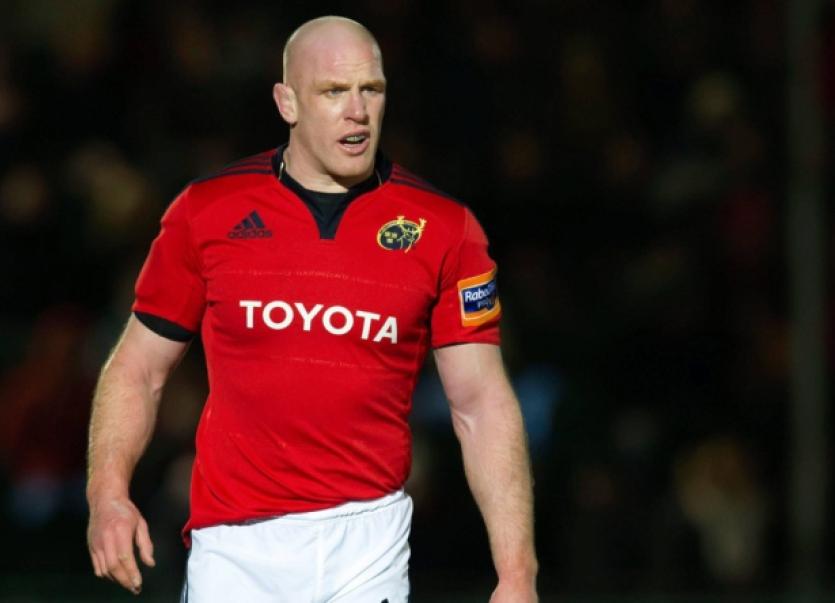 PAUL O’Connell makes the first start of the season this Saturday in Thomond Park against Leinster.

PAUL O’Connell makes the first start of the season this Saturday in Thomond Park against Leinster.

Felix Jones and O’Connell, who both returned to action last weekend against Newport Gwent Dragons, make their first start of the season against the provincial rivals at 6.45pm.

Both BJ Botha and Conor Murray are named among the replacements.

Coach Rob Penney has opted to start with Jones at fullback on Saturday with Keith Earls switching to the wing as Casey Laulala and James Downey resume their centre partnership.

With the return of Conor Murray, Cathal Sheridan misses out this week with Duncan Williams set to start alongside Ian Keatley in the half-backs.