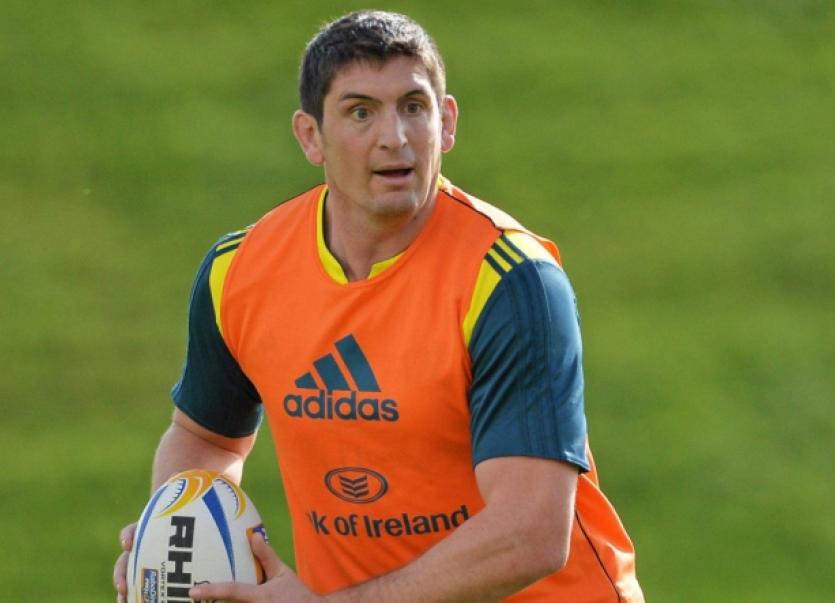 Downey says the prospect of facing Leinster provides him with an extra motivation.

Munster have a healthy contingent of Leinster natives in their squad at present, including, Ian Keatley, Felix Jones, Andrew Conway and Niall Ronan.

Downey said: “I think it (playing Leinster) can mean more for us. There are a good few Leinster fellas there now. You want to prove something sometimes.

“Obviously the Munster-born lads are pumped. They don’t need any incentive, but we have that extra bit, I think. Maybe some don’t, but I like to think I do.

“I like to bring that extra bit, maybe to prove, look, I am from there as well as this is what I could have done, or whatever, maybe not during the time I am out there on the pitch, but I do get myself pumped up with it and find it easy to flick that switch.”

Downey believes the an inter-pro clash with Leinster is ideal preparation for the upcoming Heineken Cup fixtures.

Downey said: “I think it picks up this week. The next three weeks are huge for the province. A derby to set you up for the Heineken is huge. It’s obviously the first home game at Thomond Park this season and obviously everyone is looking forward to getting out there and putting on a good show.

“You always want to win your home games. Leinster will be tough. They are obviously playing well, especially last week. We need to pick it up a good bit if we are going to beat them at home. “

Downey believes Munster have improved from their away meeting with Leinster in the Rabo 12 months ago.

He said: “I think we are definitely in better shape this season that we were this time 12 months ago. Last year, everyone was trying to learn the new plays and the new formations. This year we have hit pre-season running. We are way, way ahead, no comparison to last season.”