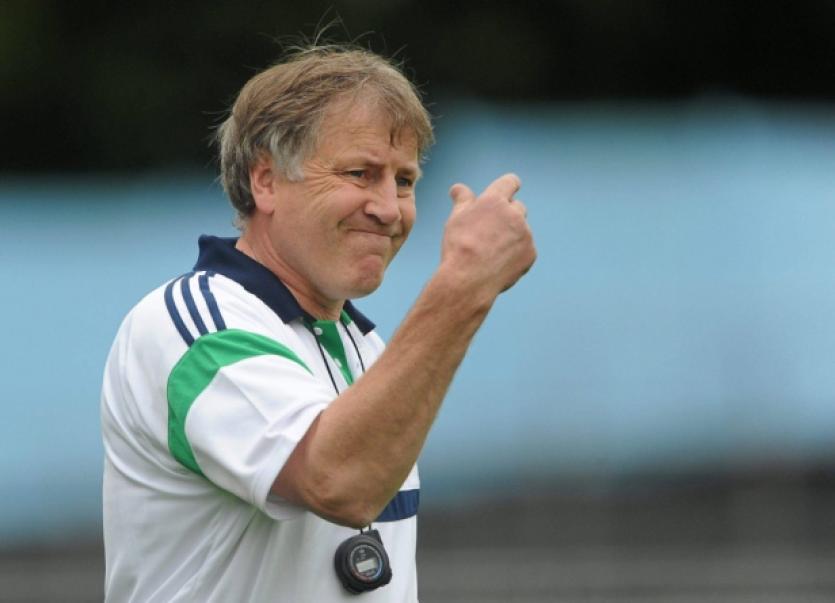 THE new Limerick senior hurling manager will not be unveiled at Tuesday’s October monthly meeting of the County Board.

THE new Limerick senior hurling manager will not be unveiled at Tuesday’s October monthly meeting of the County Board.

When John Allen’s confirmed departure was announced at the September meeting it was stated that the wish was for the replacement to be in place for the October 8 meeting.

However LeaderSport understands that the search for the new manager continues and will not be concluded in time to be rubber-stamped by the club delegates next Tuesday.

With no County Board meeting in November, that means a special meeting will have to be called to ratify the successor to Allen.

The independent trio were involved in the selection of both John Allen and Donal O’Grady.

The process to select the new manager has commenced but all involved are remaining tight lipped.

No doubt potential candidates will be happy to see that Limerick are expected to return to the top flight of the National League, where they would be guaranteed seven top games in preparation for the championship.

Indeed, candidates will get to know Limerick’s championship opponents this Thursday night when the Munster SHC draw is made live on RTE Two television at 7.00.

However, the delay in selecting the manager, means that the new back room team will not get to see Sunday’s Limerick senior hurling final between Na Piarsaigh and Adare or the County Cup final between Patrickswell and Na Piarsaigh.

While it is hoped that the new manager will be in place inside the coming weeks, the search would not want to be prolonged as physical training programmes would need to be underway inside the next six weeks.

While out-going selector John Kiely has ruled out any involvement, the rumour mill continues to throw up a number of frequent names.

And, all mentioned are from outside Limerick.

Former Tipperary All-Ireland winning managers Liam Sheedy and Nicky English remain on the short-list of many supporters. From the outset Liam Sheedy appeared to be the number one choice.

This week speculation suggested that former manager Donal O’Grady could be set for a return in a link-up with former selector TJ Ryan.

Both were involved in 2011 and Ryan was Limerick U-21 manager this season.

Another Corkman linked to the vacant position is former All Star goalkeeper Donal Og Cusack. As well as finding a manager to put before the club delegates for ratification, the five man sub-committee have also been tasked with selecting the back room team. Therefore the selection of the physical trainer and hurling coach and selectors will be every bit as important as the manager. The departure of Allen means that Limerick are searching for a fourth manager in five years.

Not since Eamonn Cregan departed in 2002 has a Limerick hurling manager stayed for more than two full championship campaigns.