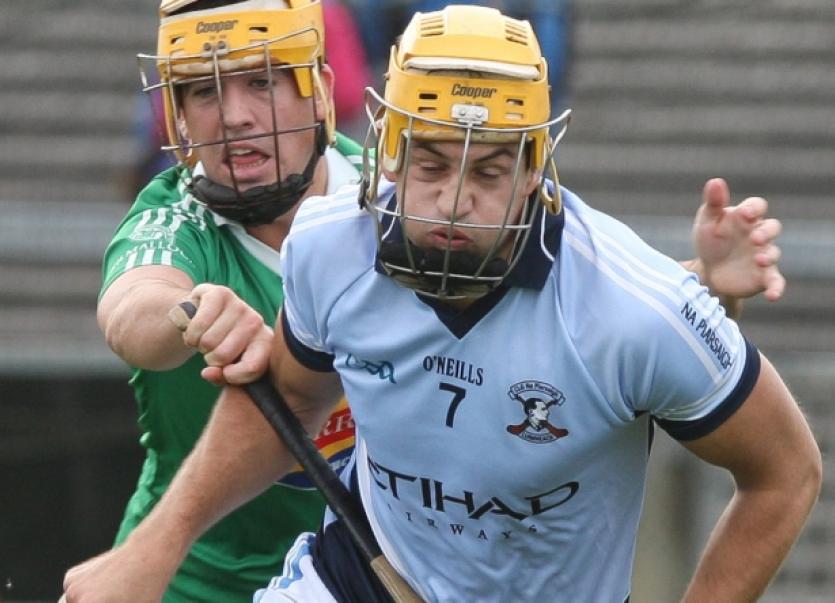 JUST months after agonisingly missing out on an All-Ireland final place, Na Piarsaigh found themselves dumped out of the Limerick SHC at the semi-final stage.

JUST months after agonisingly missing out on an All-Ireland final place, Na Piarsaigh found themselves dumped out of the Limerick SHC at the semi-final stage.

The champions hadn’t reached the heights of their maiden Daly Cup success and they knew it.

James O’Brien is Na Piarsaigh captain this season ad says that all were adamant complacency wouldn’t be an issue.

“We were definitely complacent last year after 2011,” he recalled this week ahead of Sunday’s Limerick SHC final against Adare in the Gaelic Grounds at 3.30.

“We didn’t perform and we know we didn’t. There is no doubt we had to come back down to earth this year. We had won the championship for the first time and we should have known how hard it is to win one but we just took our eye off the ball,” he revealed of their title defence.

Sean Stack’s management (with Tommy Dunne as advisor) and players returned for the current campaign refocused.

“We had September to January off and then everyone returned and we set out our goal and everyone had the hunger back,” said O’Brien, who is in his first year as captain of the club’s senior side.

But there was to be a mid-season hiccup, when they lost round two of the group stages to Doon in Kilmallock.

“We were back to been complacent,” said O’Brien.

“It was a wake up call. We weren’t playing as well as we should have and after that everyone had to stand up and be counted.”

“That Patrickswell game was kind of a backlash after the Doon game. It was still a fairly tense game because of what was in store for the losing side,” he recalled.

The run-in to the final has also seen Na Piarsaigh unhindered by county commitments.

“With guys in minor, U-21 and senior panels it can be tough but now it makes training a lot easier and it pushes all guys along when they return and they know that they have to win their places on the team too.”

Ahead of Sunday’s final Na Piarsaigh’s back room team have a number of selection choices but for the captain this demonstrates their strength.

“It’s great to have guys pushing to get on the team. This year the likes of Michael Casey, Josh O’Halloran have stepped up to the plate with the likes of William O’Donoghue and David Dempsey and that just shows the great work of all involved with our Bord na nOg. Depending on the type of game we want to play, their are options available and that’s great,” he explained.

“They are a serious outfit. They are an unbelievable club and all they have won is phenomenal - I think they have been in so many finals in the last 12 years. They really come strong in the second half and that is something we will have to look at.”

He continued: “It’s going to be a huge day and we are looking forward to it. We know what it takes to win a county final and we just hope that everything can come together on Sunday,” said O’Brien, who is one of five Na Piarsaigh players preparing for their third county final of the last five years.