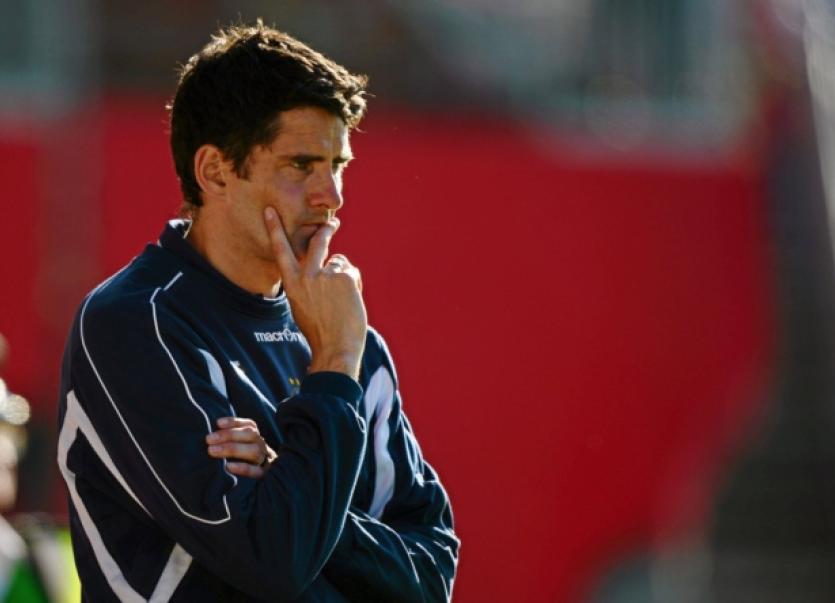 Limerick FC’s erratic form continued at the weekend when they were beaten 2-1 by Shelbourne in Tolka Park.

Limerick FC’s erratic form continued at the weekend when they were beaten 2-1 by Shelbourne in Tolka Park.

Limerick had led at the break thanks to a 17th minute goal from Axel Bossekota but second galf goals from Adam Hanlon and Lee Murtagh gave Shels the points.

It continued Limerick’s inconsistent form. Aftergoing five games without a win before the mid-season break, they returned with a thrilling win over inform Dundalk and followed it up with an away victory over Bohemians. But since then they have picked up just one point in two games against teams below them in the table - that the bizarre 4-4 draw at home to Bray Wanderers.

It was Limerick who started the better of the two sides. They had most of the possession in the early stages of the game as Shelbourne found it difficult to get out of their own half and it was no surprise when the Blues went in front.

The visitors took the lead in the 17th minute. The goal came about after first of all Darragh Rainsford and then David O’Leary flicked it on before Axel Bossekota trurned and finished to the side of the net from inside the area.

Shelbourne slightly improved as the half went on and they created their first chance of the game in the 26th minute. Sean Brennan took a freekick from the right hand side. Graham Gartland rose highest and headed just wide.

However Limerick looked comfortable for most of the opening period and in the 35th minute they threatened on the the counter attack. Bossekota gathered possession just inside the Shelbourne half. He raced towards the penalty area, cut inside and hit a shot which went wide of the post.

The home side did come very close to scoring just before half time. Brian O’Callaghan’s headed clearance only went as far as Derek Doyle. Doyle’s shot was saved by Barry Ryan and just as it looked as if Lee Murtagh was about to put the rebound into the net Ryan got there again to palm it away for a corner.

Jonnhy McDonnell’s side got back into the game in the 7th minute of the second half. Lee Murtagh dispossessed Brian Callaghan and the ball found its’ way to Adam Hanlon who struck it low into the corner.

The winner cameabout after Adam Hanlon played it to his left to Sean Brennan. Brennan plled it back into the six yard box and Lee Murtagh was there to put it into the net from close range and that was the crucial score.