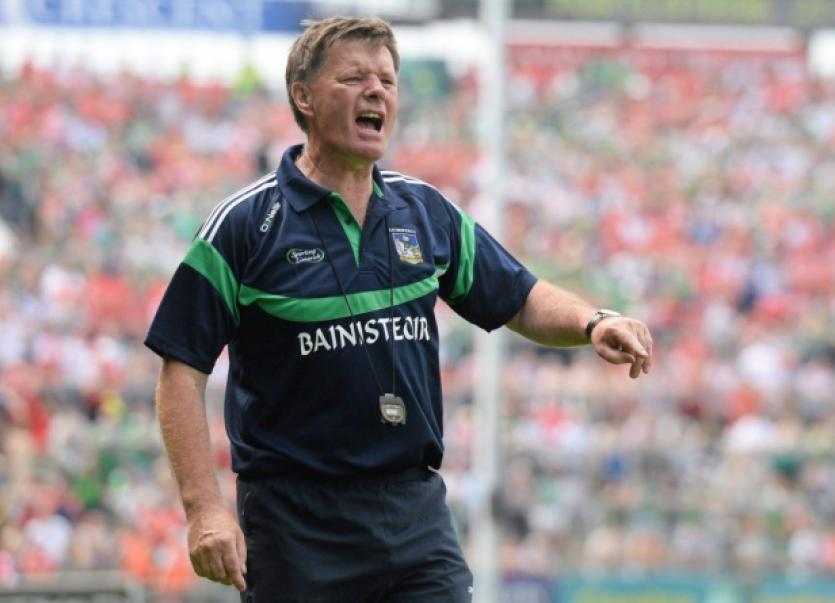 Limerick go in search of a Munster hurling championship double tomorrow evening as the county minor hurling side bid to follow in the foot steps of their senior counterparts and claim provincial glory in their replayed final.

After coming from seven points down in the closing minutes of the drawn game in the Gaelic Grounds its off to Semple Stadium in Thurles for Tuesday night’s replay, which has a 7.30 start.

“It is a learning curve and we are on the upward arc of that curve,” said Limerick minor manager Brian Ryan.

“This is a young team. We have seven guys under 17 years of age. The physicality of the Waterford guys was evident,” he said of the drawn encounter, which ended 2-19 each.

“It took our lads some time to get to the pace of the game. We really got into it only in the last 20-minutes,” he recalled.

“I am disappointed not to have won the game. We had two chances in the last 30-seconds, but we will take what we get at this stage,” said Ryan.

The Limerick management of Brian Ryan, Eamonn Cregan, Paul Finn and Jerry Wallace have named an unchanged side for the replay.

Indeed it’s the same Limerick 15 that they have sent into battle in both games of the championship so far.

They have once again opted to keep goal scoring hero Tom Morrissey in reserve. The Ahane man scored the equalising goal in injury time in the drawn final after a Ronan Lynch goal from a free had earlier helped kick-start the dramatic fight back.

Tomorrow night will see Brian Ryan lead his side back to the ground where they won a thrilling semi-final against Tipperary.

Its the first Munster minor hurling final replay since 1992, when Waterford beat Tipperary at the second time of asking.

Waterford are the bookies favorites to once again win a replay. They have been listed as the 8/13 favorites to deny Limerick a double. The Shannonsiders are 6/4 to lift a first Munster minor crown since 1984.

Waterford have also named the same side that started the July 14 drawn final in Limerick.

Star centre back Austin Gleeson has been busy since the drawn final. The Mount Sion man was called into the Deise U-21 panel and was used as a sub last Thursday night as Waterford lost to Clare in the provincial semi-final in Dungarvan. Aside from Gleeson, Limerick will also need to curb the influence of the Waterford attacking duo of Patrick Curran and Stephen Bennett.

However, if Limerick loose this Tuesday night there will be little for post mortem’s with an All-Ireland quarter-final against Antrim in Parnell Park scheduled for next weekend, July 27/28.

Limerick’s last Munster minor appearance was in 2005 and on that occasion defeat was Limerick’s lot. However they regrouped from the final loss to Cork to advance through the back door to the All-Ireland final against Galway, where Joe Canning and colleagues proved too strong for a Limerick side that included current senior stars Richie McCarthy, Tom Condon, Seamus Hickey, Gavin O’Mahony and James Ryan.