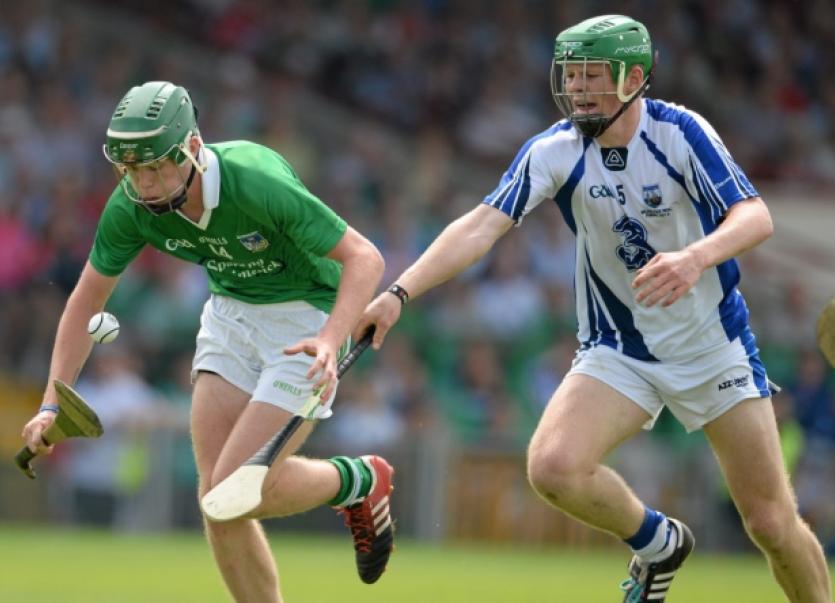 LIMERICK’S senior hurling captain is hoping that the county minor side will be carried to success on the euphoria of the first Munster SHC crown since 1996.

LIMERICK’S senior hurling captain is hoping that the county minor side will be carried to success on the euphoria of the first Munster SHC crown since 1996.

The Limerick minor hurlers travel to Semple Stadium in Thurles this Tuesday night bidding for a unique double for the Shannonsiders.

Just once ever have Limerick won the Munster senior and minor championships in the same season and that was back in 1940 when the county won the first of it’s five provincial U-18 titles.

Standing between Limerick and a first minor crown since 1984 is Waterford.

Limerick senior captain Donal O’Grady hopes that the victory of his side will energise the confidence of the young stars.

“I hope it is a boost for them,” said O’Grady of the Limerick senior win over Cork.

“They showed great character to come back,” said senior midfielder of the late late fight back from the county minors with two late goals needed to snatch a draw after they trailed by seven points approaching full time.

“They saw what we did and hopefully that will inspire them in their replay to kick-on,” said O’Grady.

This Tuesday is the first Munster minor hurling final replay since 1992, when Waterford beat Tipperary at the second time of asking.

Waterford are the bookies favourites to once again win a replay.

They have been listed as the 8/13 favourites to deny Limerick a double.

The Shannonsiders are 6/4 to lift a first Munster minor crown in 19 years.

However, if Limerick loose this Tuesday night there will be little for postmortem’s with an All-Ireland quarter-final against Antrim in Parnell Park scheduled for next Sunday, July 28 at 2.00.

This Tuesday night will see minor manager Brian Ryan lead his side back to the ground where they won a thrilling semi-final against Tipperary.

The Limerick management of Ryan, Eamonn Cregan, Paul Finn and Jerry Wallace have named an unchanged side for the replay.

Indeed it’s the same Limerick 15 that they have sent into battle in both games of the championship so far.

Waterford have also named the same side that started the July 14 drawn final in Limerick.

Meanwhile, the Munster Council have announced that all U-16s will be admitted free to Tuesday’s minor replay in Thurles.

Admission prices for adults will be €10, while students and OAPs will be €5.