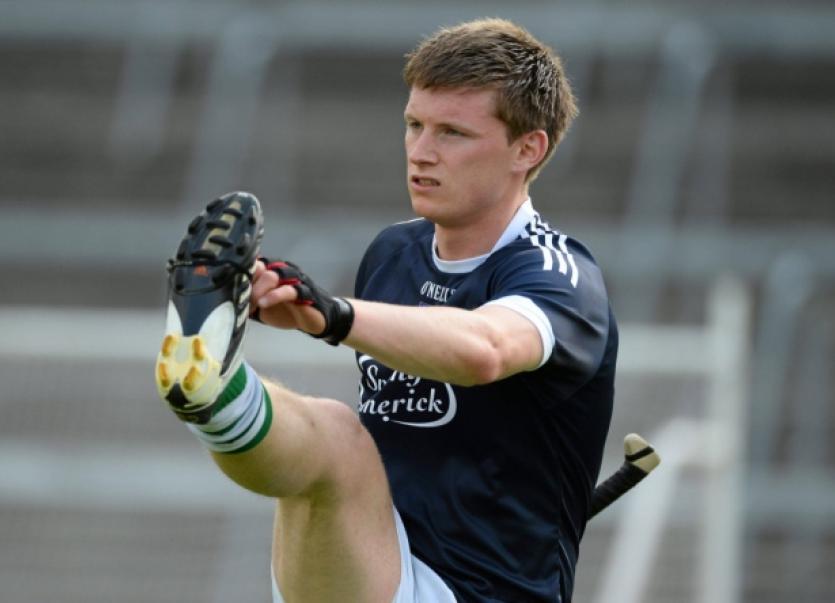 KEVIN Downes is in a race to be fit for Limerick’s All-Ireland senior hurling championship semi-final in Croke Park on August 18.

KEVIN Downes is in a race to be fit for Limerick’s All-Ireland senior hurling championship semi-final in Croke Park on August 18.

The Na Piarsaigh attacker has picked up a foot injury in the past few days and looks likely to miss his club’s make-or-break Limerick SHC clash with Patrickswell on Saturday, August 3, in the Gaelic Grounds.

Downes is awaiting further tests on the injury to determine his chances of returning to full fitness ahead of next month’s eagerly awaited All-Ireland SHC semi-final.

While Downes hadn’t started in the two championship games to-date he has been introduced in both games and hit two points in the closing stages of the Munster final win over Cork.

In better news from the Limerick hurling camp Paudie O’Brien’s ankle ligament injury is said to be responding well to treatment.

However, the Limerick vice-captain appears very much in a race against time to play in his club’s vital local derby against Effin on Thursday August 1 in Kilfinane.

Conor Allis also carried a leg injury out of the Munster final but is ok.

John Allen’s Limerick have trained on five occasions since the historic Munster final win but are now to take a break to allow players return to their clubs this week ahead of next weekend’s vital round of club championship games.

Management will be attending club games over next weekend and while keeping an eye on the form of their panel members, they will also have an anxious wait to ensure all return to inter-county activity injury free.

After the break for the club action, the countdown will begin to August 18 and the All-Ireland semi-final.

It appears that Limerick won’t avail of the opportunity to travel to Croke Park for a familiarise session prior to the semi-final. All of the panel were in GAA Headquarters last March for the league game against Dublin and many were involved in Limerick’s last All-Ireland semi-final in 2009.