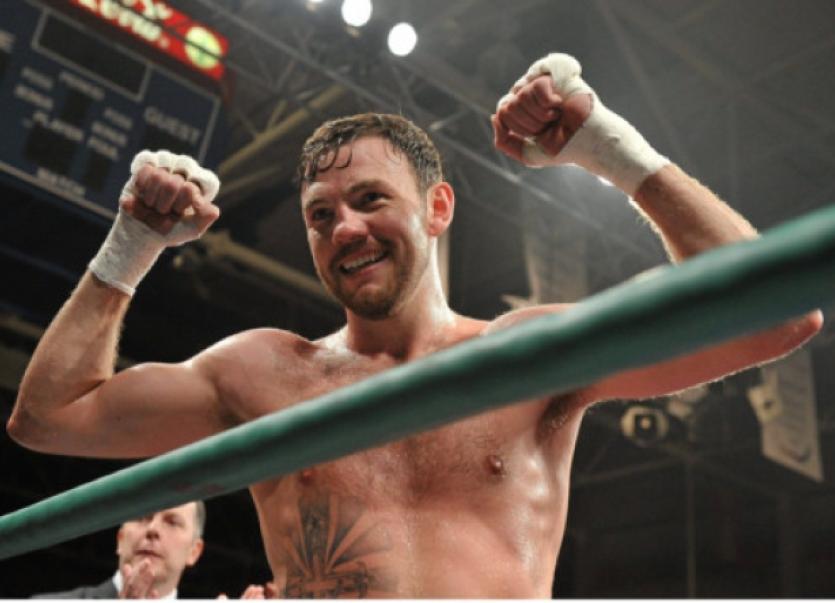 LIMERICK’S Andy Lee recorded his sixth first round stoppage of his career with a knock-out victory over Daryl Cunningham in the US on Wednesday night.

LIMERICK’S Andy Lee recorded his sixth first round stoppage of his career with a knock-out victory over Daryl Cunningham in the US on Wednesday night.

The 28 year old Castleconnell man topped the bill at the BB King Blues Club in Manhattan.

Lee only needed 1 minute and 27 seconds of action to claim another win along his road back to contention for a world middleweight title fight.

The stoppage was the 21st of Lee’s career. His record is now 30 wins from 32 outings between the ropes.

Midway through the opening round, a huge left hand from Lee stunned Cunningham.

Lee spotted his opportunity and trapped his opponent against the ropes and unleashed both hand.

With Cunningham taking constant punishment, the referee jumped in to call a halt to the contest at 1.27.

“When you connect with a good shot, you know. It was unfortunate for him, he came to fight. He was setting up with his jab and I just set him up,” Lee said afterwards.

“He’s not a bad opponent, but I just caught him with a nice shot.”

“Onward and upward from here,” said Lee after the easy win.

“I feel like I am at the top of my game right now and obviously the number one guy in the middleweight division is Sergio Martinez and that is the fight I want. We have the same promoter in Lou DiBella, so I feel like it is an easy fight to make and one that is very attractive for the middleweight division. I know that Sergio is taking some time off, but I’ll be ready for him once he is ready to go,” said Lee.

“I like to stay busy. I’ll probably fight again in late August or September if I can.”