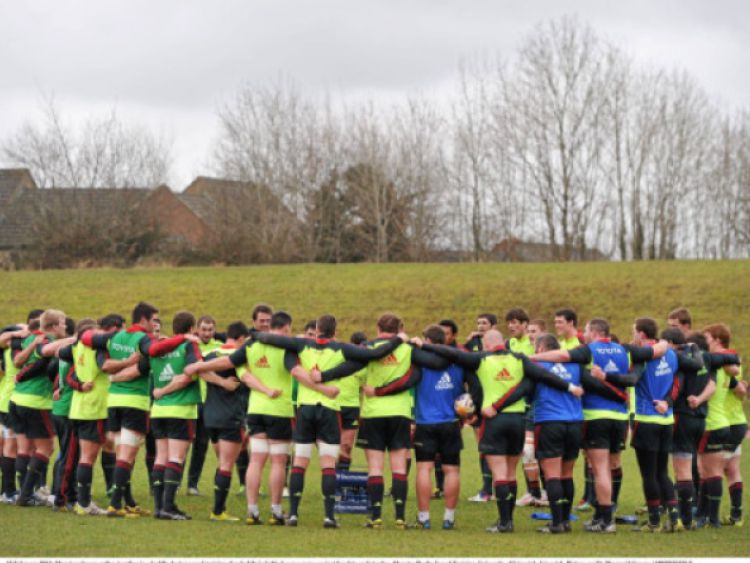 MUNSTER Rugby’s decision to opt for a single training base at the University of Limerick will allow the squad train for up to four additional hours each week, an opportunity which is currently being compromised by the province’s twin-base training system.

MUNSTER Rugby’s decision to opt for a single training base at the University of Limerick will allow the squad train for up to four additional hours each week, an opportunity which is currently being compromised by the province’s twin-base training system.

Munster announced in recent days that the province will base their main squad training centre at UL from the start of the 2014/15 season. UL beat off stiff competition from both LIT and CIT in the battle to host the province’s training base.

The new state-of-the-art, dedicated facility, located on the UL campus, will be purpose-built and is anticipated to be fully operational by 2015. The decision to establish the base at UL was taken after a lengthy consultative process involving players, management, Munster officials and an independent outside consultant.

Munster’s future new signings will be urged to base themselves in Limerick as a result of the decision.

Former Munster team manager, Shaun Payne said the Munster players will enjoy a ‘massive benefit’ from being able to train collectively at one centre throughout the entire week, rather than on a couple of days each week which is the case at present. He estimated that up to four hours of potential training time each week is being compromised with the current twin training base approach of operating centres in both Limerick and Cork.

Payne said: “From a playing point of view with two bases, you are travelling too much and you can’t train enough. Not only that but you are not close enough to your peers the whole time that you are playing with.

“From a management point of view it is a complete logistical nightmare. There is no other way of putting it.

“Gone are the days when you come to training, do three scrums, do a couple of line-outs and a couple of practice runs up and down the pitch. Those days are long gone. There is so much analysis, video work over the past few years.”

Munster games will continue to be played along current fixture scheduling lines in Thomond Park and Musgrave Park, with plans in progress for an upgrade of facilities at the Cork venue where Munster Rugby will maintain its administration headquarters.

Munster Rugby Chief Executive Garrett Fitzgerald said. “We are very pleased that the process to identify this facility has been completed and confirmed.

“In looking forward to this new and enhanced association with UL, we acknowledge the interest we’ve had from LIT and CIT, the two other institutions who sought to accommodate Munster Rugby’s need for this facility. We look forward to continuing a working relationship with LIT and CIT in the coming years through projects on-going and new.”

UL President, Professor Don Barry, welcomed the announcement. “I am delighted with Munster Rugby’s decision to base itself permanently on the UL campus,” Professor Barry said.

“This significant development will cement the already strong relationship that exists between the University of Limerick and Munster Rugby and we look forward to building on this for the future.”