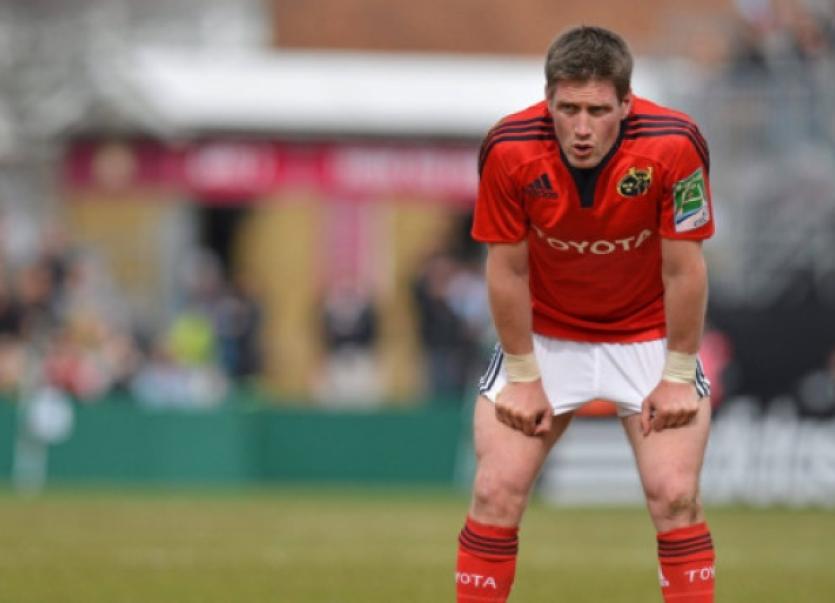 MUNSTER have offered Ronan O’Gara a new one-year contract - but the province will give the veteran as much time as he wants to make up his mind whether he wants to continue playing or not.

MUNSTER have offered Ronan O’Gara a new one-year contract - but the province will give the veteran as much time as he wants to make up his mind whether he wants to continue playing or not.

Thirty-six-year old O’Gara is mulling over whether to extend his time at the province he has already played for 236 times, winning two Heineken Cups and two Celtic Leagues. There has been speculation that the out-half played his last game for Munster in last month’s Heineken Cup semi-final defeat to Clermont Auvergne and that he could move abroad to take up a coaching role.

Speaking at UL yesterday, Munster Rugby CEO, Garrett Fitzgerald said: “We have offered Ronan (O’Gara) a one-year extension to his contract. He asked for time to consider it. He is well entitled to that given the stage he is at and what he has committed to the province.

“There is no deadline on the decision. He deserves that. It is important that you keep personalities in the group if you can. If you can’t, it’s part of a natural evolution given the length of time he has been around.”

Munster have also confirmed that Anthony Foley has agreed a new deal to remain as Munster forwards’ coach for next season.

Former Munster and Ireland number eight Foley succeeded Laurie Fisher in the role of forwards’ coach at the province two seasons ago.

Garrett Fitzgerald said: “Anthony Foley has agreed terms to extend his contract for one year. It’s one year because we are managing it so that the management team’s contracts are all at the same termination date. It makes it easier for the long-term management.”

Munster have confirmed that the province will not be renewing Paul McCarthy’s contract as scrum coach beyond this season. Head coach Rob Penney said he hoped McCarthy would be able to fulfil some role within the group as a technical advisor, however.

Munster CEO Fitzgerald confirmed that there were no plans for Doug Howlett, who announced his retirement from the game due to injury this week, to get involved in the Munster backroom team. Thirty four-year-old Howlett has intimated that he will remain on in Cork for the immediate future where he lives with his wife and three children.

In other Munster news, Fitzgerald said that the search to secure a new sponsor, who will succeed Toyota next season, was almost concluded.

The Munster CEO said: “I would hope there will be some news (on a new sponsor) in a short space of time. There are just a few things, but we have made a good bit of progress recently. We are just waiting to finalise it.”