Robbie Williams looking to make it in Limerick 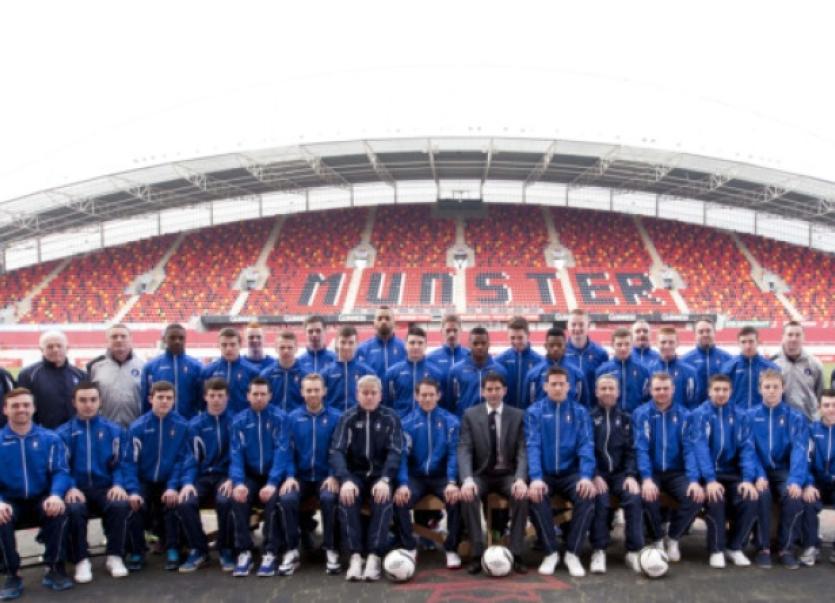 Daniel Tighe talks to one of Limerick FC’s new signings, Robbie Williams, about his hopes for the new season

Daniel Tighe talks to one of Limerick FC’s new signings, Robbie Williams, about his hopes for the new season

Experienced Yorkshireman, Robbie Williams is looking to end all the confusion caused by his famous name by putting in a string of solid performances at Limerick FC this season.

Veteran defender Williams, 28, has played over 200 games in the English football leagues, latterly making over 40 appearances for League 2 side Plymouth Argyle.

Williams will be sharing a house in Limerick City with fellow new recruit, striker, Craig Curran. The two are settling in well to their new surroundings in the city. “Everybody’s friendly, everybody’s great, I’m settling in well,” said Williams.

“Yeah getting used to it, it’s a lovely city, everyone seems to be dead friendly. First impressions are good, had a good time so far,” added Curran.

Williams is looking forward to linking up again with Limerick FC, defender, Brian O’Callaghan. “I knew Brian from our Barnsley days, I think he was just breaking through then.

“I’m not really familiar with the standard but the way people are talking it’s looking positive. If we can get a good start, get a few wins under our belts then who knows,” said Williams of the coming season.

Liverpudlian Curran, 23, on loan from Rochdale until the end of June, will hope to provide the goals to propel Limerick FC up the Airtricity Premier Division table.

Speaking about Sunday’s league opener against Cork City, he said: “It’s a big game for them as much as it is for us, so it should be a good game. We’re going out to get three points and nothing less.

“We all get on really well. There is a good spirit within the camp which bodes well for the season ahead. The gaffer and Mal have put on some really good sessions. Everyone’s got their head down and worked really hard,” Curran added, when speaking of how the preseason preparations had been going.