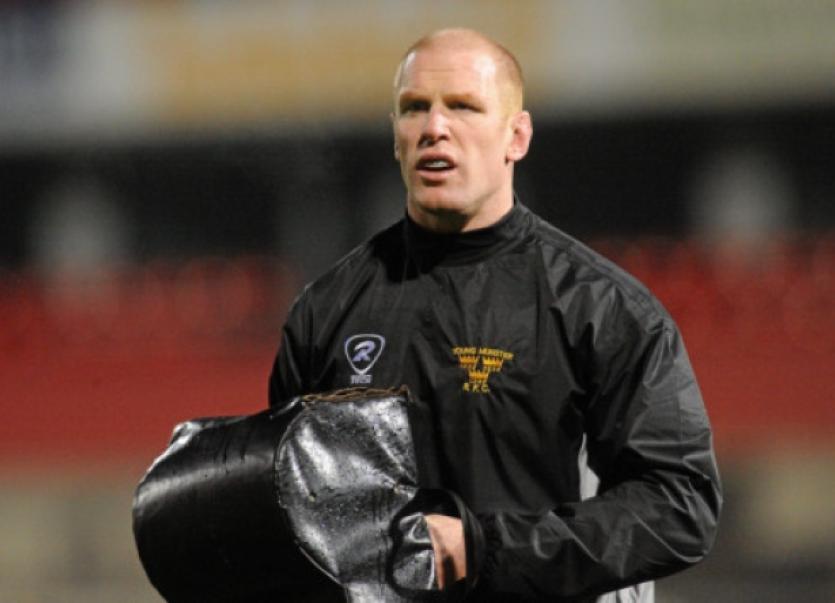 MUNSTER’S second row Paul O’Connell trained with Young Munster this week and is set to make his return to playing action next Tuesday when he lines out for Munster ‘A’ in a friendly against Leinster in UL.

MUNSTER’S second row Paul O’Connell trained with Young Munster this week and is set to make his return to playing action next Tuesday when he lines out for Munster ‘A’ in a friendly against Leinster in UL.

With the Munster players on a week off as the RaboDirect PRO12 takes a break until March 23, O’Connell opted to train with the Young Munster squad on Tuesday night.

The 33-year-old is making good progress after undergoing surgery to rectify a bulging disc in his back on New Year’s Eve.

O’Connell predicted in early January that it would take him between 12 and 16 weeks to return to playing. However, the former Lions skipper appears to be on course to make his comeback to competitive action ahead of that April return date.

While Munster have been slow to nominate a specific return date for O’Connell, there are positive signs that the second-row will make his comeback prior to the crucial Sunday, April 7 Heineken Cup showdown with Harlequins at the Stoop.

Young Munster head coach, Mike Prendergast said: “Paul (O’Connell) did some contact work with us in training on Tuesday night. We were doing a bit of breakdown work. He came through it in flying colours. Paul looks to be progressing well.

“It was a good boost to the squad to have Paul training with us. We have had a couple of defeats in the AIL in recent weeks, so his presence was a gee-up to the lads.

“We have a re-arranged AIL game with Dolphin at Musgrave Park on Saturday.”

Play-off chasing Munster return to action in the PRO12 with a crucial home fixture against Connacht at Musgrave Park on Saturday, March 23, which may yet herald O’Connell’s return to action for the province.

O’Connell’s involvement with Munster this season has been limited to just two appearances in the Heineken Cup in October against Racing Metro and Edinburgh. Prior to those two appearances, O’Connell had been sidelined for five months with a serious knee injury.