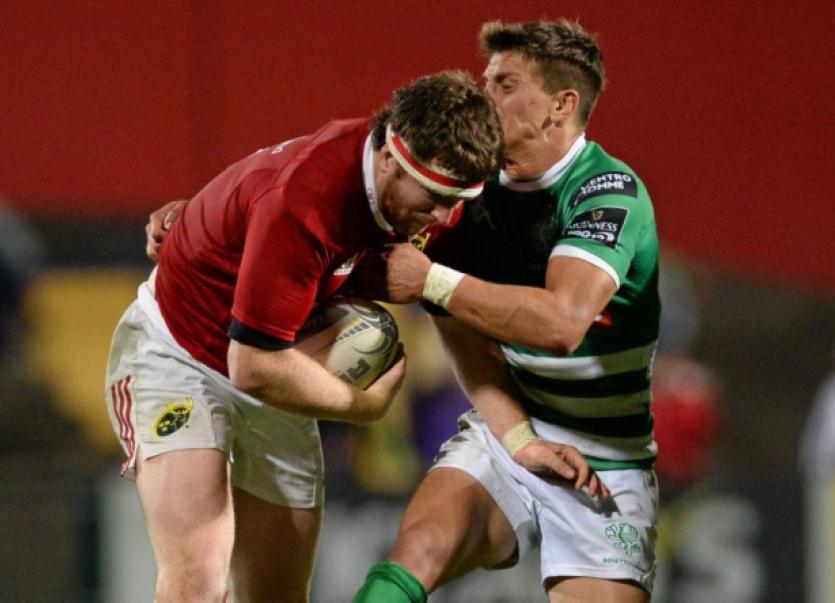 MUNSTER head coach Anthony Foley has praised the manner in which full-back Felix Jones has put his World Cup squad selection disappointment to one side for the benefit of his province.

MUNSTER head coach Anthony Foley has praised the manner in which full-back Felix Jones has put his World Cup squad selection disappointment to one side for the benefit of his province.

Jones, who had featured among the replacements for Ireland during last season’s 6 Nations Championship was omitted from Joe Schmidt’s 31-man World Cup squad when it was announced last week.

However, the resilient full-back turned in a smashing display for Munster against Treviso on Saturday night having returned to the squad from Ireland camp earlier in the week.

Head coach Foley said: “(Felix) was great, he is a character.

“We all know he’s hurting, but you don’t see that in his performance, nor in his work rate during the week, nor when is talking to others.

“He wasn’t moping around the place, he’s a man about a job at the moment and he has done a very good job, you never know what might happen, but Felix is a very good guy and on top of that he is a very good rugby and we’re fortunate to have him.”

Foley was pleased with Munster’s opening weekend win on Saturday night in Cork, a result which was in stark contrast to their frustrating defeat to Edinburgh at Thomond Park in their first home fixture of the 2014-2015 season. Munster face the Ospreys at Liberty Stadium in their second outing of the PRO12 season on Sunday next, 2.30pm.

Foley said: “We got two tries (in the second half), we were down at half time, it was a big physical game which we knew it would be during the week, what challenges were going to be facing us.

“To get through with a win is great, obviously we’re ahead of where we were this time last year.

“There were some things that will irk, we were inaccurate out there and that’s something that you could, maybe expect in week one in that not everything is going to be dotted and crossed.

“It’s about looking at that but everything we will be looking at is the positive stuff,

“It will be about executing in the green zone, not turning over the ball when we have teams under pressure. It will be about our discipline and towards the end of the game.

“We’re looking at a lot of positives and how to work the scoreboard more in our favour.