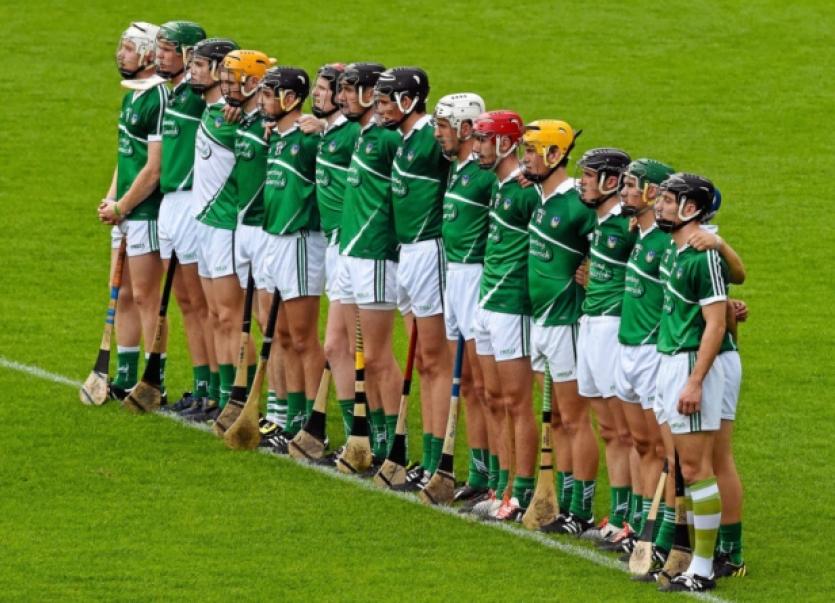 LIMERICK bid to end the inter-county hurling year on a high next Saturday evening in Thurles as the Shannonsiders go in search of a fifth All Ireland U-21 hurling title.

LIMERICK bid to end the inter-county hurling year on a high next Saturday evening in Thurles as the Shannonsiders go in search of a fifth All Ireland U-21 hurling title.

Wexford stand between Limerick and silverware in a final that has a 7.00 start in Semple Stadium and the second half will played under floodlights.

The novel final pairing is a repeat of the 2001 decider. On that occasion Adare’s Timmy Houlihan captained Limerick to the middle part of a historic three-in-a-row of U-21 titles.

While Limerick have collected the Cross of Cashel trophy on four occasions, Wexford have just one win and that was in the second year of the competition - in 1965.

The south-east county have since lost nine finals, including 12-months ago against Clare.

Wexford with nine of last year’s starting team on-board, were competition favourites from the outset but wins over Tipperary, Clare and Galway have seen Limerick overtake Saturday’s opponents as favourites for the title.

While Wexford arrive in Thurles on the back of a hat-trick of Leinster U-21 title, Limerick’s recent record at this grade is poor, so much so that John Kiely was the fourth manager in as many years. Since winning the Munster title in 2011, Limerick had gone without a win until this July.

John Kiely was a selector back in 2011 but is now manager and will field a side on Saturday with 11 underage for next season.

With such youth, Kiely accepts he didn’t envisage his side would be one hour from All Ireland glory when he set preparations in motion last November.

“I didn’t see this happening to be honest,” accepted the Galbally man, who is Principal in Abbey CBS secondary school in Tipperary Town.

“It has been a hard route but a really enjoyable route and we are still standing.”

While Limerick have overtaken Wexford as favourites, this is a team that beat Kildare, Offaly, Kilkenny and Antrim to reach Saturday’s final.

Their star man in attack is Conor McDonald, but others like Liam Ryan and Kevin Foley also played senior championship this Summer.

Cian Lynch is the only member of the Limerick team to have senior championship experience.

“This is an All Ireland final and a two horse race - it’s a 50-50 match,” stresses the Limerick manager.

“They are three time Leinster champions and defeated in the All Ireland final last year and they beat Galway in the All Ireland semi final last year so they have to be given due respect for that. A lot of these guys played senior for Wexford last year and this year - they are a good side. It’s going to be a huge battle and we got to get ourselves right and be focused. I have no doubt that there will be moments in the game when both teams will go toe-to-toe with key battles to be won and we have got to be ready for that and I am sure they won’t be found wanting in that department either,” outlined Kiely, who played both hurling and football at varying levels with Limerick.

“If we are as good as we can be, lets see if its good enough to win it. We had to get the chance for two weeks to get ourselves as right as we can possible do and have no regrets afterwards,” he said of his side, who were underdogs in all three previous games.

“We are good enough but we have got to get ourselves right to do it again,” he emphasised.

“It’s all about the performance on the day - we want to be as good as we can possibly be, be the best we can possibly be and put ourselves out there to see if that is good enough and that’s what finals are about - getting across the line at the end of the day,” said Kiely, who was a senior selector when John Allen led Limerick to the 2013 Munster SHC title.

“It’s a great privilege to be in the final but I have been involved in some finals and didn’t come out the right side of them and that’s not an enjoyable place to be,” he warned.

“It will be a titanic battle and I have no doubt it will be a super game of hurling - if we are there-or-there abouts with 10-minutes to go I think we will have the hunger to push on,” he said confidently ahead of the final, which will be televised live on TG4.