All quiet on hurling and football management for 2016 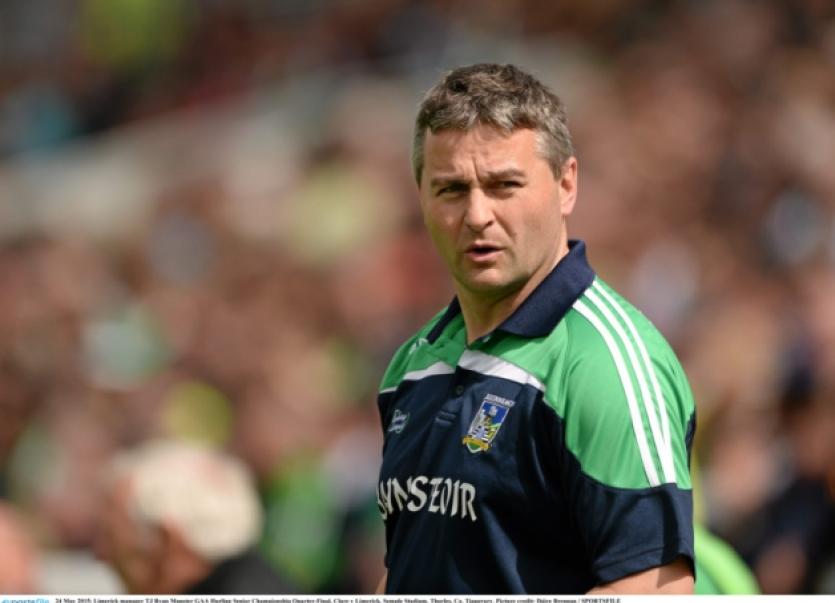 THERE is still no white smoke from Limerick GAA hierarchy regarding confirmation of the Limerick senior hurling and football managements for 2016.

THERE is still no white smoke from Limerick GAA hierarchy regarding confirmation of the Limerick senior hurling and football managements for 2016.

It was hoped that both would be in a position to be ratified at next Tuesday’s delayed September County Board meeting in Claughaun.

At the August monthly meeting of Limerick’s Football Committee Brudair was approved for another term and asked to put together a full management team to be fully ratified at County Board level.

There will be changes as physical trainer Mikey Kiely and football coach Diarmuid Mullins have confirmed that they aren’t available for 2016.

It is hoped that Brudair’s management team will now be finalised ahead of the October 13 County Board meeting.

At the July County Board meeting club delegates gave the go ahead to the Limerick chairman (Oliver Mann), secretary (Mike O’Riordan) and treasurer (Donal Morrissey) to meet with TJ Ryan for a review of 2015 before giving approval to plans for the season ahead.

It is understood that the review has found that changes to the backroom team would best serve Limerick for the new season. The review process was set in motion on July 14 but this week TJ Ryan’s backroom team still wasn’t confirmed.