Munster stun Ospreys at the death in PRO12 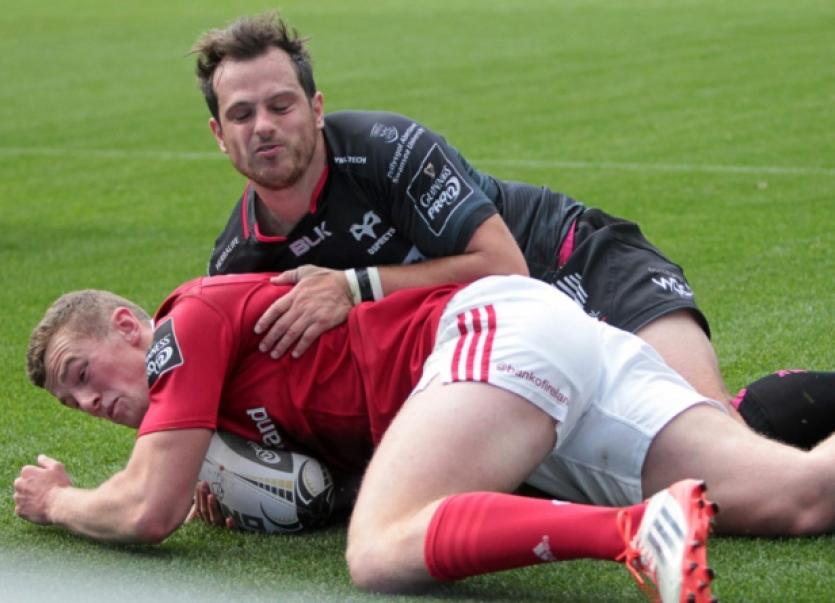 A LAST gasp CJ Stander try, converted by Ian Keatley, helped Munster score a dramatic 20-18 victory over the Ospreys in their Guinness PRO12 clash at Liberty Stadium on Sunday.

A LAST gasp CJ Stander try, converted by Ian Keatley, helped Munster score a dramatic 20-18 victory over the Ospreys in their Guinness PRO12 clash at Liberty Stadium on Sunday.

It was just Munster’s fourth victory on their last 13 appearances in Swansea in all competitions. Munster’s second successive victory in the PRO12 helped Anthony Foley’s side jump up to third place in the table.

The Ospreys led 9-6 at half-time with the hugely impressive Tyler Bleyendaal kicking two penalty goals for the visitors.