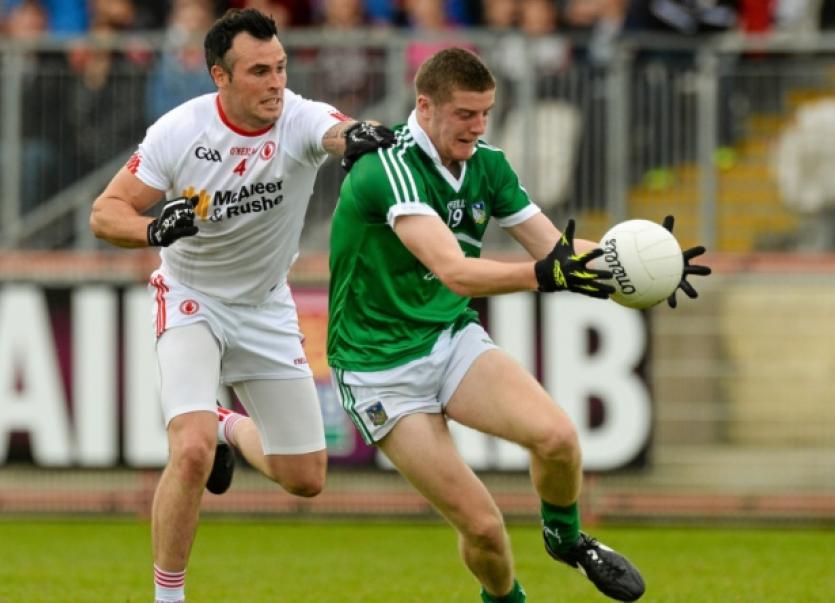 LIMERICK football manager John Brudair has challenged his side to build on the progress of yesterday’s battling display against Mickey Harte’s Tyrone in the All Ireland SFC Qualifier in Omagh.

LIMERICK football manager John Brudair has challenged his side to build on the progress of yesterday’s battling display against Mickey Harte’s Tyrone in the All Ireland SFC Qualifier in Omagh.

In the end Limerick were beaten by nine points in Omagh but for long periods a youthful Limerick frustrated Tyrone and only for 10 wides could have been a lot closer to the side that won three time All Ireland titles since the sides met in the 2000 All Ireland U-21 final in Mullingar.

“It’s been a massive learning curve in terms of tactical awareness so hopefully that will stand to us in good stead. We had to stay in the game and that was the priority - to make sure we were in touching distance. To make sure they got edgy coming into the last quarter of an hour - that worked well for 40-50 minutes but then fatigue set in and that’s where years of conditioning set in and help you,” explained the Limerick manager.

“We are in good shape in Limerick but we need to be better,” added Brudair after the 1-14 to 0-8 defeat.

”We didn’t just come up here to keep the score low we wanted to have a right crack of them. Everything needed to go right for us today and we just missed a few frees that could have kept it edgy for them in the last 15-minutes. If we had gone into the last 15-minutes period with only two points behind, the opportunity that fell to Gearoid (Hegarty) might go in for you and you never know what happens then.”

Limerick needed a good start to the second half after trailing 0-6 to 0-4 at the interval but it was Tyrone that powered forward.

“We never got within touching distance in the second half.”

Next weekend the attention switches back to the Limerick hurlers with TJ Ryan’s men travelling to Mulligar to play Westmeath in the All Ireland SHC Qualifiers on Sunday at 2.00.

Limerick will be bidding to bounce back from the Munster SHC semi final loss to Tipperary and advance to round two of the backdoor series against Cork, Wexford, Dublin, Laois or Offaly.

All hurlers were involved in Limerick SHC club action over the weekend with Patrickswell and Kilmallock confirming their places in the knockout stages with two games to spare.

Na Piarsaigh only need one win from their two final games to advance.