Tom Ryan says Limerick need to “go back to basics” 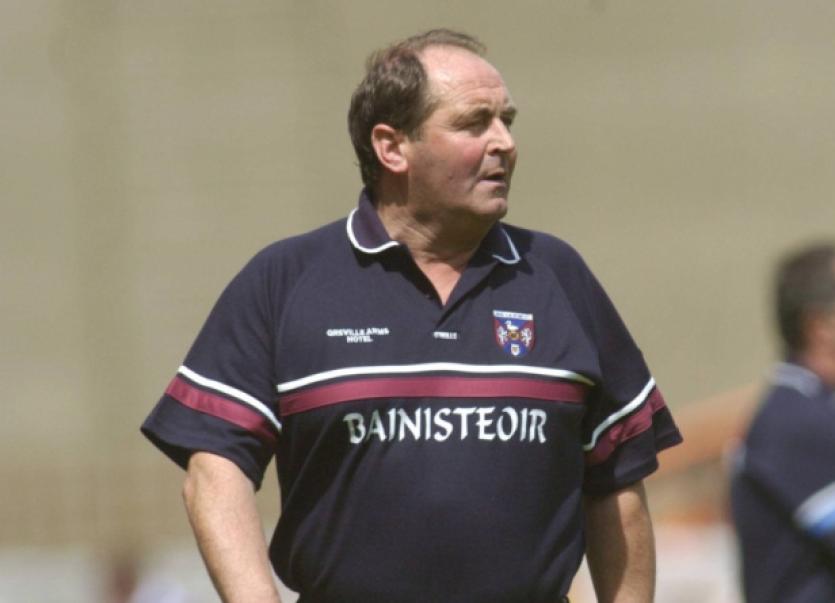 TOM Ryan has warned the Limerick hurlers that it’s time to get “back to basics” ahead of the All Ireland SHC Qualifier against Westmeath on Sunday.

TOM Ryan has warned the Limerick hurlers that it’s time to get “back to basics” ahead of the All Ireland SHC Qualifier against Westmeath on Sunday.

The Ballybrown man, who led Limerick to two All Ireland final appearances in the mid-90s, managed the Westmeath hurlers in 2004 and 2005.

“There has to be a reaction to the non-performance against Tipperary,” said Ryan.

“Not demeaning Westmeath but from a Limerick perspective its a big game in so far as they have to produce a fairly constructive win.”

As Limerick bid to bounce back from the disappointing loss to Tipperary, Sunday’s qualifier game has been confirmed for a 2.00 start in Mullingar.

“Their footballer’s win will have given Westmeath a boost and they will be thinking if our footballers can beat Meath, then we can put it up to Limerick. They have Michael Ryan, who did well with Waterford, in charge and I know that he has pencilled in this game for Westmeath to have a right crack off,” outlined Ryan.

The former Limerick manager believes TJ Ryan’s side can respond to the “wake-up call” of the Tipperary “non-event”.

“They have to cut away the cobwebs and go for the juggler early on. There is no excuses anymore and they have got to get the show back on the road.”

But Ryan is not for wholesale changes to the starting team.

“Maybe the wake-up call came at the right time. With the right thinking on the sideline and the right attitude it can be done. We played for 10-minutes after half time and showed what they can produce. But why can’t they do that for 70-minutes?”

While Ryan fully expects Limerick to overcome the Westmeath challenge, he wants to see indicators positives in the performance .

“Mullingar is tight and they will throw everything at Limerick. Limerick will not want to be complacent and take it for granted - they have to go out and lower the blade,” urged Ryan.

“It’s a mental thing and its very important to get back down to basics and to hard work. It’s an ideal game to back on track but they are unknown and have nothing to lose,” warned Ryan ahead of Sunday.