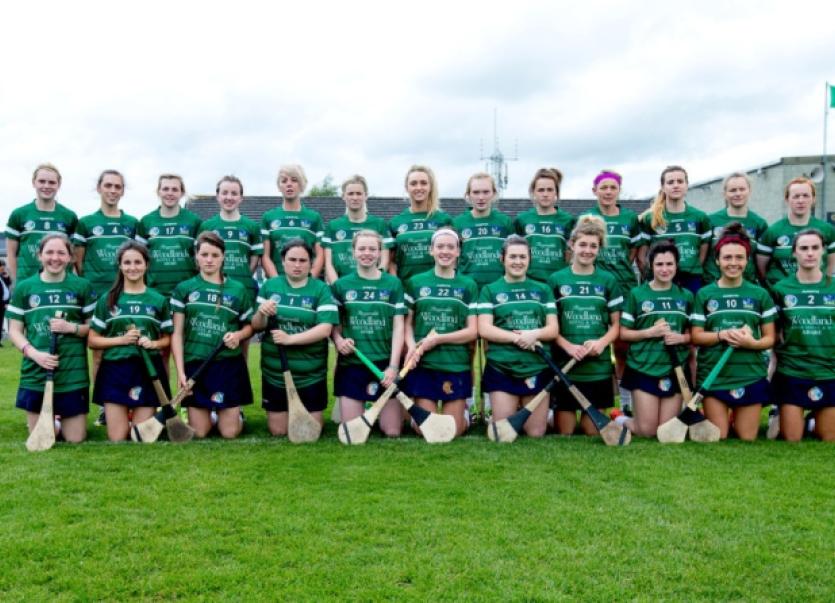 Limerick came close to causing a major upset against Cork in Kilmallock on Saturday, before going down 1-14 to 1-10.

Limerick came close to causing a major upset against Cork in Kilmallock on Saturday, before going down 1-14 to 1-10.

In the Liberty Insurance Senior Camogie Championship clash between the 2014 Senior and Intermediate champions a strong second half performance saw the Shannonsiders come to within a score of Cork with minutes to go only to fall short by four points.

Limerick were left to rue the damage done in a first half that was dominated by the 2014 senior All-Ireland champions which gave the Rebels a 0-9 to 0-2 lead at half-time. Limerick started well when a strong run by Caoimhe Costelloe set up Niamh Mulcahy to level the

scores after Orla Cotter opened the Cork account from a free. However from there on it was all Cork as they posted seven points without reply to open a commanding lead which they were to take into the break.

A spirited Limerick revival after the interval had closed the gap to five when a Katriona Mackey goal put Cork back in control as they opened a 9 point lead ten minutes into the second half.

However in a performance that will stand to them as they go into their final group games away to Wexford and Galway Limerick closed the gap again with points from Aoife Sheehan, Caoimhe Costelloe and Rebecca Delee supplementing Niamh Mulcahy’s efforts. The Aoife Sheehan score in particular came after a well worked move involving Delee and Mulcahy.

Limerick hearts were raised when a Rebecca Delee goal, with three minutes of normal time remaining, put three points between the teams and it looked as if a major upset was possible.

However Cork held firm under Limerick sustained Limerick pressure and a last minute ‘45 converted by Orla Cotter meant Cork had hung on to win by 1-14 to 1-10.

In the run up to the match Limerick manager Joe Quaid had said that a Limerick win would be “one of the biggest upsets in camogie history“ and for Limerick to come so close must augur well for the future of this young side.

Limerick play Wexford next on Saturday at 5pm. The match will be played in Wexford Park as part of a double header with the Wexford v Cork senior hurling qualifier.