Limerick SHC round three Team of the Week 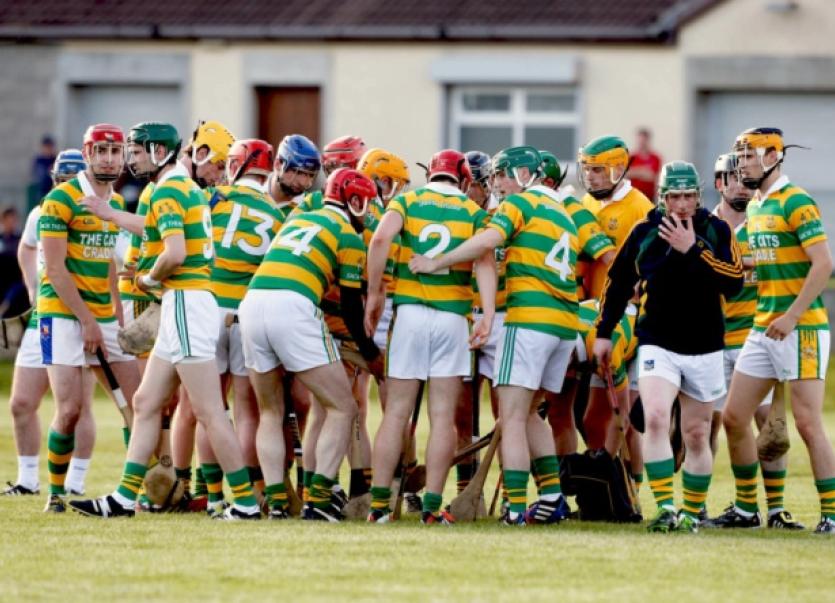 There were wins for Kilmallock, Patrickswell, Ballybrown and South Liberties, while Na Piarsaigh and Adare drew.

While the free scoring Patrickswell attack are grabbing many of the headlines, Carmody and fellow defenders are also proving very effective and have only conceded 2-35 in three championship outings.

Not for the first time O’Loughlin was Mr Consistency for The Balbec backs. Given the massive breeze in Caherconlish, Kilmallock were on the forward foot in the first half but O’Loughlin and colleagues denied Murroe-Boher the necessary goal in the second half to trouble the champions.

The Ballybrown captain led by example in their crucial win over Bruff. Time after time he came out of his corner back role with ball in hand and cleared down field. The Bruff attack were kept to just one score from play in the second half.

The men in the famed green and gold hoops gained a crucial draw with Effin and Keane played his role from wing back with two great points from distance. He joined with Conor McSweeney and Shane O’Neill in a strong half back line.

Walsh returned to the Kilmallock team in his customary half back position and made his mark. In the opening half, Walsh, Philip O’Loughlin and Kevin O’Donnell drove Kilmallock forward. In the second half, Walsh and colleagues stood firm to deny Murroe-Boher any realistic chance of toppling the champions.

Sexton continues to grow into his role in the wing back position after reverting back from attack. Very comfortable with ball in hand, he provides great possession to Willie Griffin and his attacking colleagues.

Tom and younger brother Brian hit all but six of the Liberties’ tally of 0-19 in their draw with Effin. Three big points from Tom came from play from his fine display in midfield.

Moran moved from centre back to midfield for the clash with Patrickswell and drove the Ahane challenge with a fair share of possession in the middle third on top of scores from play and from frees.

What a performance from Quaid in their drew with South Liberties. He scored 2-11 of their 2013 total with 1-4 from play.

More used to roles closer to goal, Griffin was instrumental in helping Adare to their best performance of the season when drawing with Na Piarsaigh. He finished with 1-9 out of 3-16 with 1-5 from play on top of the scores he helped create.

Similar to Griffin, Breen is enjoying the extra space in the half forward line. When Na Piarsaigh were in trouble against Adare, Breen provided the spark with 2-3 to ignite the fight back.

David Hall sparkled for Ballybrown but ultimately it was O’Connor that stood tall when the need was greatest. He finished with 0-12 with four crucial scores from play inspiring their win over Bruff.

Patrickswell have scored 11 goals in their three wins and O’Brien continued his record with another against Ahane. He ended with 1-3 this time round.

Considine not only provided the scores that got his side off the mark and was clinically effective linking midfield and attack when the team needed to dig the foundations against the wind before the break in their win over Ahane.