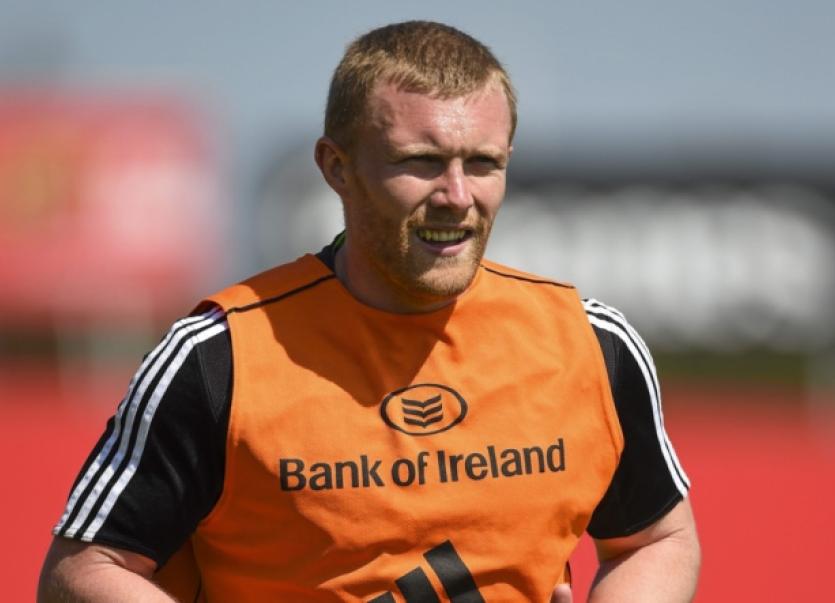 MUNSTER can take a giant step towards securing a top four finish in the Guinness PRO12 with victory over Treviso at Musgrave Park this Saturday, 3.05pm.

MUNSTER can take a giant step towards securing a top four finish in the Guinness PRO12 with victory over Treviso at Musgrave Park this Saturday, 3.05pm.

However, Munster’s flying winger Keith Earls is taking nothing for granted against Treviso who have not won a PRO12 game outside of Italy since the end of the 2012-2013 season.

Earls said: “The big man (Anthony Foley) has us warned to keep an eye on only one match and that’s this weekend, get the result this Saturday to put us in a good position for a top four finish. I don’t think we dare talk of Ulster and Dragons, this is all about focusing on the Treviso game. It’s going to be each game as it comes, we have a break next week and we will look at Ulster then.”

Munster currently edge Ulster for second place - and the prospect of a home semi-final in the PRO12 - on points difference with three games to go.

Earls is back to full fitness having recovered from knee surgery in the autumn.

“I’m happy playing rugby, have had a good eight or nine games under my belt, first time in a couple of years, so very happy,” Earls said.

“It flares up now and then, something I might have to keep looking after for the rest of my career, sometimes I feel good but it needs to have a good warm up but that’s something I’ll probably have to do even when I’m retired and playing five a side soccer!.”