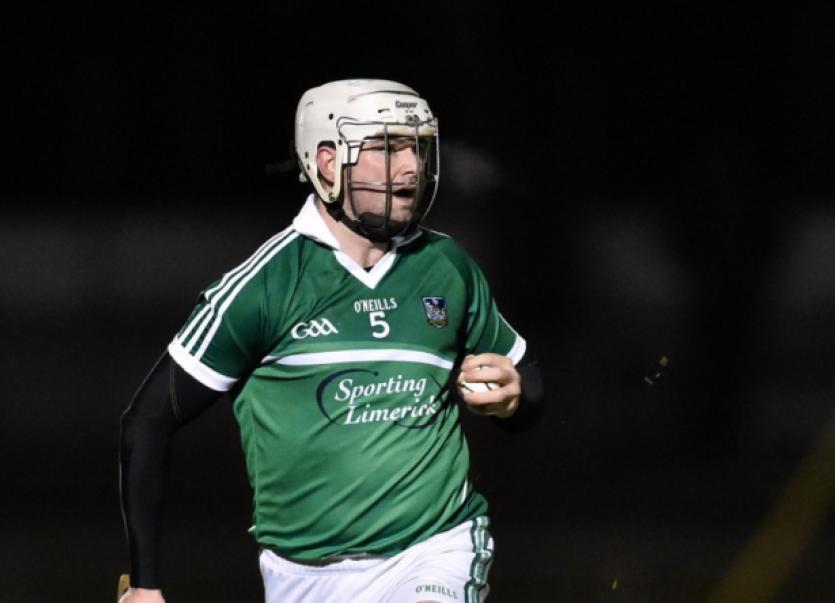 THERE was a welcome pre-championship boost for the Limerick hurlers last weekend with the return to fitness of Tom Condon.

THERE was a welcome pre-championship boost for the Limerick hurlers last weekend with the return to fitness of Tom Condon.

The defender missed the closing stages of the Allianz League and the quarter final defeat to Dublin in Croke Park.

However he played in a challenge game against Galway in Kenny Park in Athenry on Saturday afternoon.

That leaves manager TJ Ryan sweating on the fitness of just four players ahead of the May 24 Munster SHC clash with Clare in Thurles - Nickie Quaid, Donal O’Grady, Seamus Hickey and Kevin Downes.

Quaid (collar bone), Hickey (hamstring) and O’Grady (ankle) are all in a race against time to be fit for the provincial quarter final.

It is hoped that Downes could play some role for his club Na Piarsaigh in the opening round of the Limerick SHC on May 1-3. The attacker has missed the entire season to-date.

Hickey should also play for Murroe-Boher next weekend but the captain o’Grady and Quaid won’t line out for their clubs.

Limerick lost to Galway in the challenge game, 2-29 to 1-29 but were short seven regulars for varying reasons.

Ahead of the Munster championship, games against Wexford and Kilkenny are also in the pipline.

Last Saturday Declan Hannon was the star for Limerick and he struck 12 points, seven of which came from frees.

Seanie Tobin came on as a substitute and scored a goal late but Galway found the net in either half ensuring victory.