Limerick set to use Kilmallock star in league opener 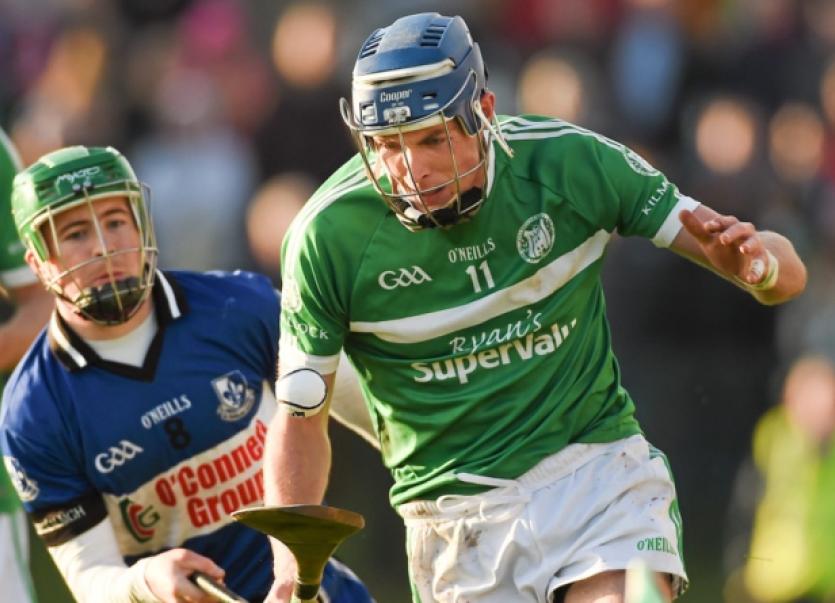 GAVIN O’Mahony looks set to line out with the Limerick senior hurlers in Saturday’s opening round game of the Allianz Hurling League.

GAVIN O’Mahony looks set to line out with the Limerick senior hurlers in Saturday’s opening round game of the Allianz Hurling League.

While the remainder of his Kilmallock colleagues turn attentions to their March 17 All Ireland club final against Ballyhale Shamrocks, O’Mahony looks set to fill the centre forward role as TJ Ryan’s Limerick play Waterford in the Gaelic Grounds.

Saturday’s floodlit fixture will be live on Setanta Sports One at 7.00 as Limerick embark on their five game campaign in Division 1B.

O’Mahony was suspended for his club’s All Ireland club semi-final win over Portaferry last Saturday and it is understood that Kilmallock manager Ger O’Loughlin is to release the former county captain to Limerick this weekend to give him some valuable match practise.

However, fellow Kilmallock men Graeme Mulcahy and Paudie O’Brien will be absent for Saturday’s inter-county clash, along with injured duo Kevin Downes and Seanie Tobin.

“Seanie is very close to returning and I would think he will be back before the month is out but Kevin is more long term - he will probably miss most if not all of the league,” reports Limerick manager TJ Ryan.

He added: “David Breen was training with us on Thursday night and will be in the squad”.

“The real action begins now and it’s a good tough test on Saturday night, a good opening round test and from our point of view we would hope to win it and build a platform for the rest of Division 1B,” outlined Ryan.

“We will be approaching all games in the right frame of mind as we would if we were playing any of the top teams in the county. From our point of view we would like to win it and will be going out to win it but I wouldn’t see it as the be-all and end-all. The format piles plenty pressure on because only the top team is promoted - there is no room for mishaps as we found out to our detriment in the last couple of years.”

“We have new guys in who have done quite well in the month of January and we will be looking for that to continue and it’s and opportunity for them to stake a claim for down the road,” said Ryan.