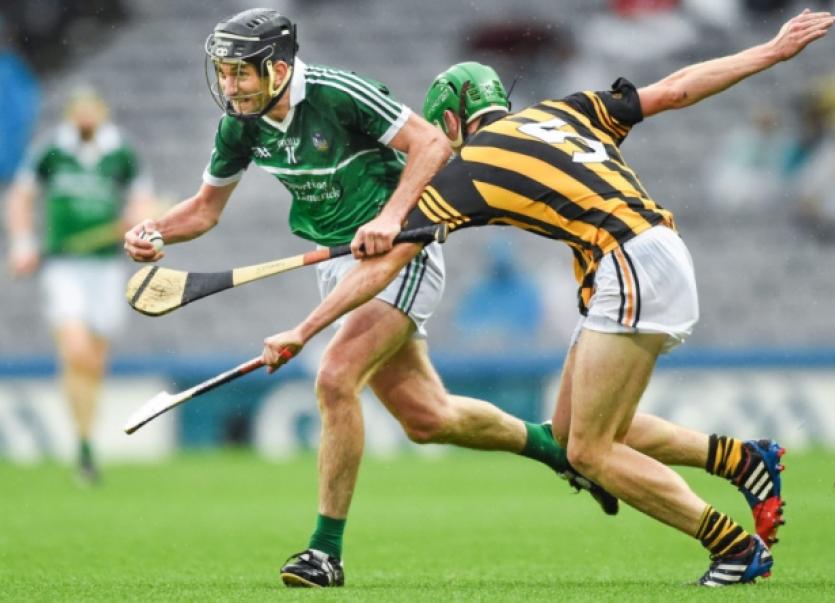 LIMERICK hurling captain Donal O’Grady has spoken of targets for 2015 and lessons learned in 2014 ahead of the start of the Hurling League this Saturday against Waterford.

LIMERICK hurling captain Donal O’Grady has spoken of targets for 2015 and lessons learned in 2014 ahead of the start of the Hurling League this Saturday against Waterford.

Video footage of the All Ireland SHC semi-final defeat to Kilkenny formed the backdrop to this Monday’s Limerick GAA launch of the 2015 Allianz Leagues in The Pavillon in UL.

It was a Limerick performance of note but still they fell short, albeit there was much pride and positivity in the aftermath.

But still Limerick captain Donal O’Grady was uncomfortable as he gazed at the footage.

Has he watched the game?

“We have done a ‘de-brief’,” explained the Granagh-Ballingarry man.

“We haven’t sat down and watched the whole thing as a group but TJ and the management team had a list of questions when we met in November. It puts it to bed - here is what we did right and here is what we did wrong and here is where we learn. That was great because people would be saying ‘oh ye were unlucky’ but there could be gaping issues - there no point wiping the slate clean because realistically 80-85% of the lads are here again and we had to learn what went right and what went wrong,” outlined the captain.

As Limerick embark on another season this Saturday, O’Grady’ isn’t shy about expectations.

To achieve that goal Limerick have commenced the search for the “extra few percent”.

“The margins are so fine now - if you give away a bad ball or a high ball or hitting a 60-40 ball in favour of the opposition all these stats are going on in the background and we are looking at the small margins of how we can get a few extra percent out of us. Looking back if we had an extra few percent we would have seen out the Kilkenny game maybe.”

An All Ireland U-21 medal winner in 2001, O’Grady is into his 12th season as a Limerick senior hurler.

“It’s moved on so much and it’s great. When we are doing physical training it is all done for a reason and the same with endurance work and probably before there was a reason but we weren’t as scientifically told why. We are constantly tested which gives us a great barometer of where we are with body fat, weight gain, lean mass - it’s crazy stuff but it makes it all the more interesting. I hate using the word professional but it’s such a high standard of preparation now,” said the veteran of 42 championship appearances.

Ultimately the goal is the championship but the league is the immediate concern.

Limerick’s five game league schedule comes on the back of three victories to lift the Waterford Crystal Cup.

“I wouldn’t say the Waterford Crystal was a goal to win but TJ (Ryan) and the management team have said every match because there is a famous saying that winning is a habit and in our case it’s very important. We had a consistent season last year so we are looking to keep that going and that comes from keeping your level of performance up.”

Limerick are conscious that more than half of the current 32-man panel haven’t played top flight league hurling.

“We are talking about small margins and unknown to ourselves the stronger the competition in the squad the bar is raised and competition for places is hot. Just look around and I don’t think anyone could pick a team to play Clare on May 24,” said O’Grady.

But he warns: “We learned a few harsh lessons last year during the league”.

“The lads are very single-minded about it being one game at a time. We learned our lesson last year against Offaly when we were huffing and puffing throughout that league game and were up five points and let it slip - that should stand to us if we get ourselves in that position.”

O’Grady didn’t play in the league of 2004 but made his debut in the championship that summer as a 23-year-old.

He speaks in glowing terms of the newcomers to the 2015 Limerick set-up.

“I was surprised how well they fitted in so quickly because I can remember when I came in, first of all I was looking around thinking should I be here and number two it would be great to get a couple of minutes or to get onto the league panel but these guys that have come in, including one of two from last year, have raised the bar and made a seamless transition.

“They are like a breath of fresh air and they are not interested in making the panel, they want to be on the team,” he said.

The captain added that performances throughout January “opened everyone’s eyes to the potential that is there with the young lads coming in”.

“We have been very happy so far - there is a good atmosphere in the camp and a good work ethic and everybody is buying into what the management expect of us and please god we can bring that into the matches.”