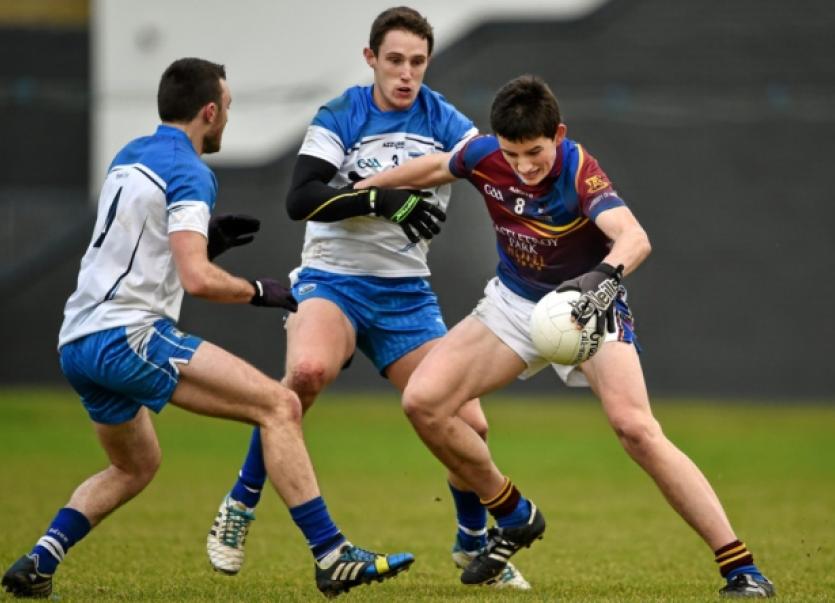 THE Liam Kearns-managed University of Limerick are one win away from a Sigerson Cup semi-final spot for the first time since 1997.

THE Liam Kearns-managed University of Limerick are one win away from a Sigerson Cup semi-final spot for the first time since 1997.

This Thursday IT Carlow stand in the path of UL’s progress in the Third Level senior football championship.

The quarter final tie takes place in UL at 3.00.

Victory for UL would book a semi-final spot against host college UCC or IT Sligo on Friday February 20 in Cork.

UL last reached the business end of the championship in 1997, when they lost the final to IT Tralee.

However, Sheehan could miss out due to a hamstring injury.

Hindering the UL chances are the absence of other key players.

Others like Clare senior Cathal McInerney and Kerry U-21 Brian Crowley are injured.

“We have been improving in recent times - winning the Division Two league last year and then reaching the Division One quarter-final this year. Reaching the semi-final against UCC would be a real sign of progress,” said UL manager Liam Kearns (pictured above).

“We are at home so we would be hoping to win, but it will be tough and tight,” said the former Limerick manager.

Elsewhere in the Sigerson Cup quarter-finals, UCD play GMIT this Thursday in Belfield.