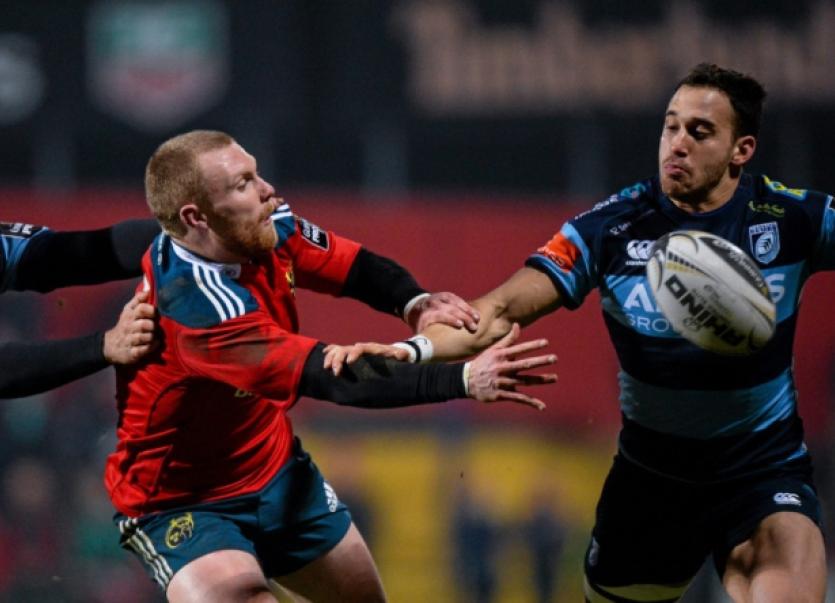 MUNSTER moved back top of the Guinness PRO12 table after scoring an exciting 33-16 victory over the Cardiff Blues at Musgrave Park this Saturday night.

MUNSTER moved back top of the Guinness PRO12 table after scoring an exciting 33-16 victory over the Cardiff Blues at Musgrave Park this Saturday night.

Man of the Match JJ Hanrahan kicked 18 points with the boot. The sides had been level 9-9 at half-time, but a more clinical display from Munster in the second half helped Anthony Foley’s side secure a welcome victory.

Munster were forced to make two late changes to their starting line-up as out-half Ian Keatley and winger Andrew Conway were ruled out of the game due to flu.

Rory Scannell replaced Irish international Keatley at out-half, while Luke O’Dea made a welcome return from injury to start on the wing.

Next up for Munster is a trip to Parc y Scarlets on Saturday afternoon next to face the Scarlets.