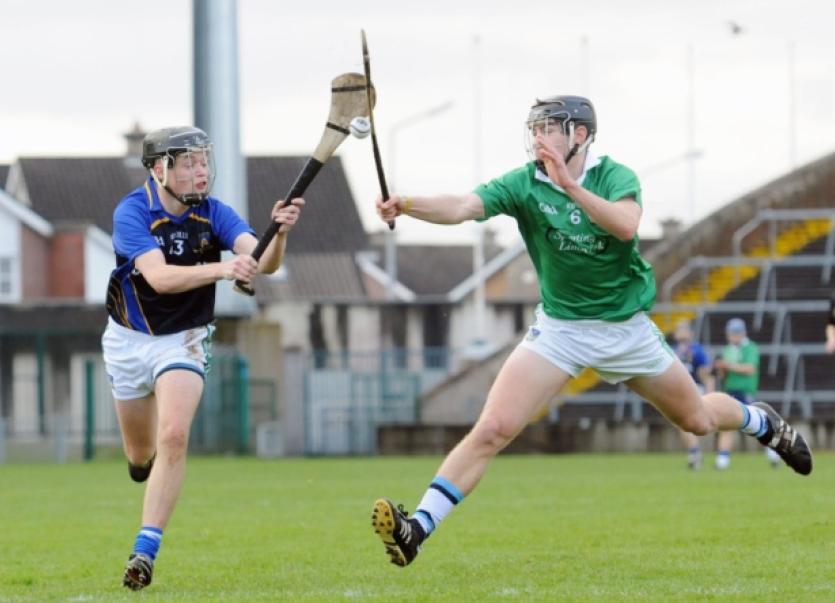 QUARTER-FINAL places are up for grabs for three Limerick schools this Wednesday (1.30) in the Harty Cup.

QUARTER-FINAL places are up for grabs for three Limerick schools this Wednesday (1.30) in the Harty Cup.

Castletroy College and Doon’s Scoil na Trionoide Naofa know that wins will guarantee them places in the knockout stages of the Post Primary Schools senior A hurling championship in the New Year.

Amalgamation side West Limerick Colleges must win to continue their quest for a last eight place.

Castletroy travel to Ballyagran to play St Colmans of Fermoy.

The north Cork side are nine time champions of the prestigious competition but when the sides met two years ago Castletroy were 2-11 to 2-7 winners.

The winner of this contest is guaranteed to advance. Indeed a draw will be sufficient for St Colmans, but Castletroy must win. The Limerick city side are backboned by Limerick’s 2014 Munster minor champions Andrew La Touche Cosgrave, Barry Nash and Lorcan Lyons.

Likewise a draw won’t be enough for Doon when they play Gaelcolaiste Mhuire in Mallow.

West Limerick Colleges must beat Blackwater in Charleville. But even with victory they will only advance to the quarter-final if Ardscoil Ris are beaten in their final round game.

The champions play St Flannans of Ennis next Monday in Sixmilebridge with a win needed to progress.