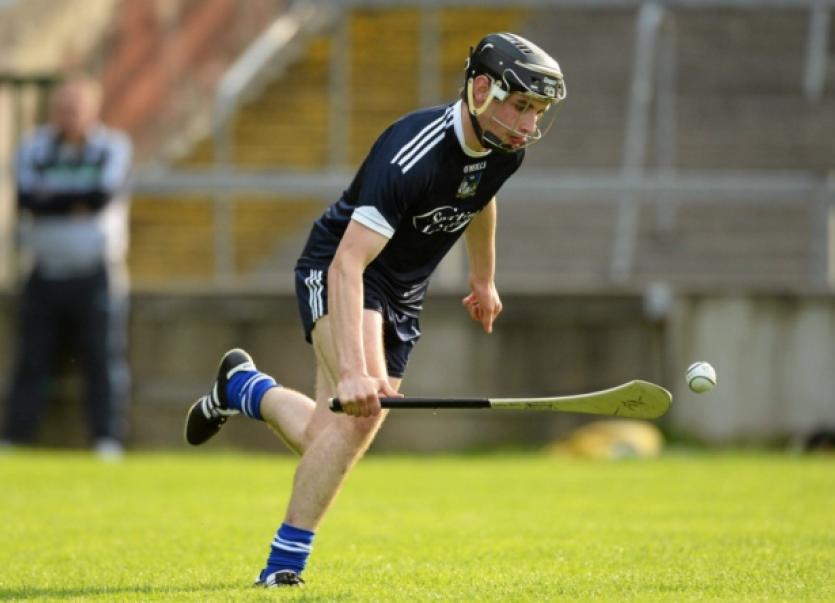 LIMERICK hurler Seanie Tobin will miss the majority of the National League after under-going a hip operation this week.

LIMERICK hurler Seanie Tobin will miss the majority of the National League after under-going a hip operation this week.

The Murroe-Boher corner forward faces three months out of action and is targeting the opening weeks of March as his return date.

Tobin will miss the NHL games against Waterford and Antrim and only time will tell if he is back to full fitness in time for the mid-March battles with Wexford and Offaly.

His Murroe-Boher club-mate Seamus Hickey is also out of action at present after correcting damage to a elbow injury but the All Star defender will be back in action in early January.

Tobin underwent an arthroscopy on his left hip in Waterford’s Whitfield Clinic this Monday to correct an injury which has hindered his movement and was cause of pain after matches and training.

Back in November 2011, Tobin underwent the same operation on his right hip and his recovery period was three months.

The Tobin blow comes at a time when TJ Ryan’s Limerick could be facing into some of the league without the services of the Kilmallock players. Their All-Ireland club SHC semi-final against Ulster and Down champions Portaferry is scheduled for February 7 which is the week before the first round of the NHL against Waterford.

Were Kilmallock to advance they would have an All-Ireland final on March 17 in Croke Park.

Limerick begin preparations for the 2015 season this Saturday when they play Liam Dunne’s Wexford in a challenge game in south Tipperary.

It is understood that Ryan and selectors Davy Clarke, Paul Beary and Mark Lyons are to use this game and a number of others in the coming weeks to finalise their new panel ahead of the start of the NHL on Saturday February 14 against Waterford in the Gaelic Grounds.

Limerick will begin their competitive New Year on January 18 with an outing in the Waterford Crystal Cup.

In a quarter-final tie, Limerick await the winners of Waterford or Limerick IT.

All three Third Level Colleges in Limerick are taking part in the early season provincial competition.

If the Limerick seniors win their quarter-final game, it would set up a semi-final clash with Kerry or UCC.

Meanwhile the draws have also been made for the McGrath Cup.

Limerick’s senior footballers withdrew from the competition last year in protest at the return of the seeded draw in the Munster SFC.

They have been drawn to play UCC in a home quarter-final tie on January 11.

Victory would book a semi-final spot against Kerry or IT Tralee.

The McGrath Cup will provide preparation for the NFL, which begins on Sunday February 1 with a clash against Sligo in Newcastle West.