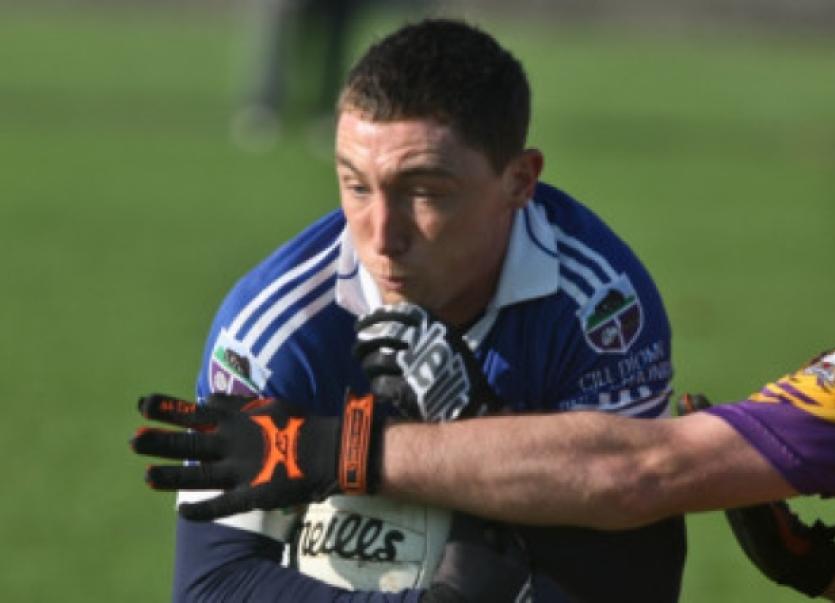 LIMERICK junior B football champions Kildimo-Pallaskenry bid to reach yet another final in 2014.

LIMERICK junior B football champions Kildimo-Pallaskenry bid to reach yet another final in 2014.

This Sunday (2.00) they play Tipperary’s Gortnahoe Glengoole in Knockaderry in the Munster club JBFC semi-final.

Now they have their eyes fixed on a Munster final spot against either Cratloe (Clare) or Valentia Dairbhre (Kerry), who play in the second semi-final on December 14.

“We didn’t think half way through the year that we would be thinking about a Munster final,” explained Darren O’Shea, who is joined in the Kildimo-Pallaskenry management by Noel McCarthy and Brian Barry.

“The lads have really gelled this season and playing in the junior A league was the best thing that happened to us because it helped to raise standards,” outlined O’Shea, pointing out that an early season league defeat to Monaleen is the only blemish on their record.

After overcoming Ballybricken-Bohermore in the Limerick JBFC final, they beat Cork’s Castlelyons in the Munster club quarter-final.

“That was our toughest game of the year no doubt. But our lads dug in and fought for everything.”

Goalkeeper James Fitzgerald and Barry Walsh missed that tie but are back to full fitness.

Others that are key are Tom O’Shea and captain Stephen Hodnett.