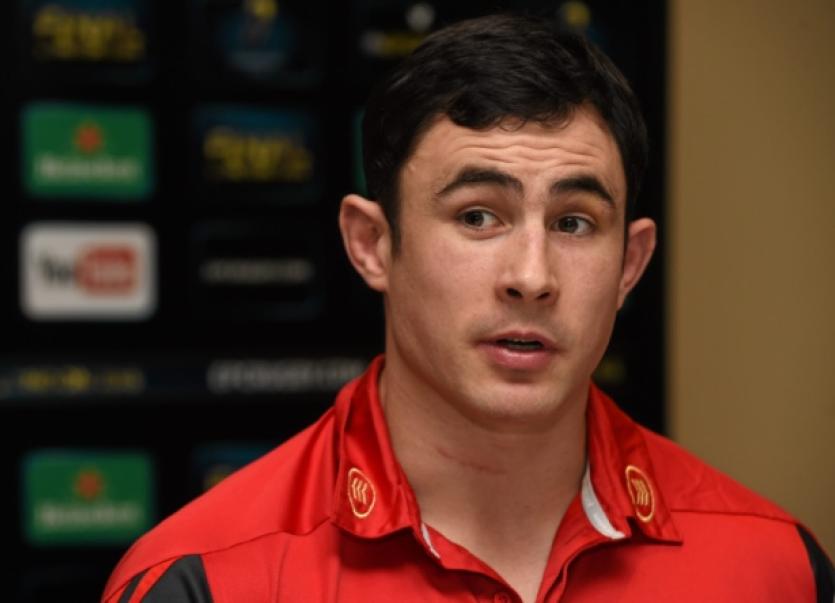 Saturday’s fixture at a sold-out Thomond Park will be the first of two meetings between the sides in the Champions Cup in the space of eight days.

Munster, who currently top Pool 1, two points clear of Clermont, travel to the Stade Marcel Michelin for the return leg on Sunday, December 14.

Munster have won all 23 home games against French opposition in Europe, with the last five coming by an average winning margin of 24 points.

Munster full-back Felix Jones, who penned a new two years deal with the IRFU this week, which will keep him at Munster until June 2017, is looking forward to running out before a capacity 25,600 attendance at Thomond Park.

Jones said: “To know you’re here (at Munster) for another two years is great. I always considered it was going to happen. But in terms of how I go about my work won’t change. I’ll still be pushing myself to learn and get better. And we’ve a great environment here in which to do that. The game changes some time from week to week. Refs focus on different things. You’re always learning. We’ve got some great coaches here who encourage growth in the ay we’re playing. You ask Paul O’Connell is he still learning and I bet he’ll tell you he is. The game’s endless in terms of that.

“In relation to Clermont this weekend, sometimes, you know, people say about French teams travelling but Clermont have been potential winners of this competition, or the Heineken Cup as it was, every single year for the last few years. So we’re not going to be thinking along those lines at all. They’ve got quality across the park – Fofana, Rougerie, Nalaga, these guys can break it open from absolutely anywhere. They’re a dangerous team.”

Munster will be anxious to prevent Clermont getting their potentially devastating off-loading game up to full steam on Saturday. Munster made just four offloads in the opening two rounds while Clermont made 32 – tournament high and low figures respectively.