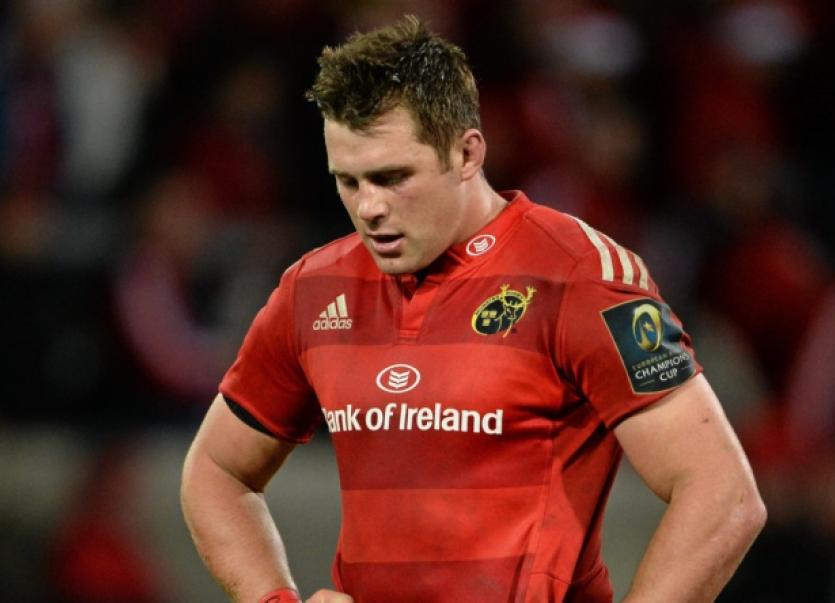 MUNSTER’S hopes of making the knock-out stages of the inaugural European Champions Cup were severely dented when Clermont Auvergne stunned the home side 16-9 before a capacity attendance at Thomond Park on Saturday night.

MUNSTER’S hopes of making the knock-out stages of the inaugural European Champions Cup were severely dented when Clermont Auvergne stunned the home side 16-9 before a capacity attendance at Thomond Park on Saturday night.

Munster failed to match Clermont’s physicality and intensity, especially in the first half and crucially the visitors managed to convert their superiority into points to become the first French side to win at the Limerick venue.

Munster did get within seven points in the second period with a third penalty goal from Ian Keatley. However, the home side were unable to unlock Clermont’s impressive defence.

Munster, who have slipped to third place in Pool 1 behind new leaders Clermont Auvergne and Saracens, who defeated Sale, travel to the Stade Marcel Michelin for the return game on Sunday, December 14 at 3.15pm Irish time.