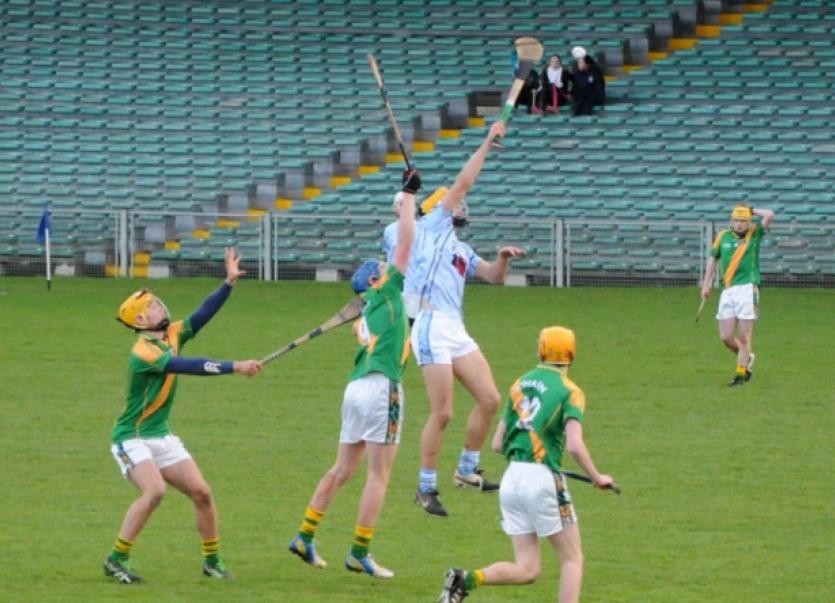 AHANE and Na Piarsaigh will have to meet again finishing 0-15 each in this Sunday’s Limerick Premier MHC final in the Gaelic Grounds.

AHANE and Na Piarsaigh will have to meet again finishing 0-15 each in this Sunday’s Limerick Premier MHC final in the Gaelic Grounds.

A replay was the fitting result after a cracking contest which was actually only level on three occasions.

Ahane had to wait two months to play the final as the other side of the draw was held up by an appeal to a result in the group stages.

Although Na Piarsaigh had only played their semi-final last weekend but it was underdogs Ahane who started the brighter.

Ahane were 0-3 to no score ahead after six minutes - Michael Power and Tom Morrissey from a free and a lineball on target.

Although Ronan Lynch had Na Piarsaigh off the mark in the seventh minute Ahane continued to dominate and led 0-5 to 0-2 at the mid-point of the opening half.

Seeking a first minor crown since 1991, Ahane set up with Paul O’Halloran as an extra man in defence and brought Tom Morrissey to centre forward to utilise Patrick Minihan and Aaron Hackett as a two-man full forward line.

The extra man in the half back line certainly disrupted the Na Piarsaigh rhythm and with 23-minutes played with was 0-8 to 0-4 after two superb strikes from Colum Carroll and an over the shoulder shot from Patrick Minihan had Ahane buoyant.

But then Na Piarsaigh found their feet and five successive points had them ahead for the first time at half time 0-9 to 0-8.

Four of those key scores came from play with Conor Houlihan (2), Peter Casey and Marcus McManemy finding the range to put the city side ahead.

Ahane returned for the second half in similar fashion to the opening half and had three points inside six minutes from Ciaran O’Mara, Aaron Hackett and a Morrissey free.

Peter Casey, now at centre forward, stopped their scoring sequence, but it was only temporary.

Another run of three points looked to have Ahane primed to end a 23-year wait as they led 0-14 to 0-10 entering the final quarter.

But after those scores from Morrissey (free) and two from Mark O’Halloran, Ahane appeared to loose some of the huge energy they had brought to the game.

But by bit Na Piarsaigh got on top in the middle and two points from Casey and two Lynch frees had the game level 0-14 each on 53-minutes.

When Kieran Daly put Na Piarsaigh ahead a minute later it looked like final heartbreak for Ahane,

Now without a score in over 10-minutes they finally got a reprieve when Morrissey slotted over a final to level once more.

With just under five minutes remaining it was to be the final score of a titanic struggle.

But there were chances for a late win and both fell to Na Piarsaigh but overall a draw was a fair result.