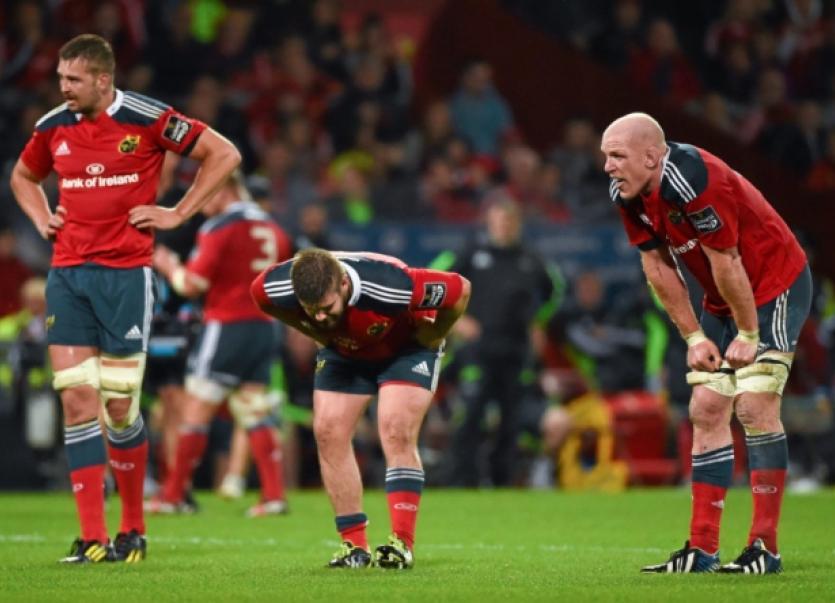 MUNSTER fell to their second home defeat this Guinness PRO12 season as out-half Dan Biggar fired Ospreys back to the top of the table with a composed kicking performance in a narrow 19-14 victory over Munster at Thomond Park.

MUNSTER fell to their second home defeat this Guinness PRO12 season as out-half Dan Biggar fired Ospreys back to the top of the table with a composed kicking performance in a narrow 19-14 victory over Munster at Thomond Park.

The Welsh international fly-half marshalled his side in impressive fashion alongside man-of-the-match Rhys Webb to help the visitors claim their first win in Limerick for three years and their fourth consecutive win in the PRO12 this season.

Gerhard van den Heever’s early try for Munster was quickly cancelled out by Jeff Hassler with Biggar landing his conversion and a further penalty before Ian Keatley reduced the deficit to 8-10 at the break.

Keatley slotted two further penalties either side of Biggar’s second success as the lead routinely changed hands while Ospreys lock Rynier Bernardo was in the sin bin.

Biggar then held his nerve to strike over twice more and the Ospreys defence held firm to record a third straight win against an Irish province for the first time since February 2013.

Next up for Munster in the Guinness PRO12 is a key derby clash with interprovincial rivals Leinster at the Aviva Stadium on Saturday next, 6.30pm.