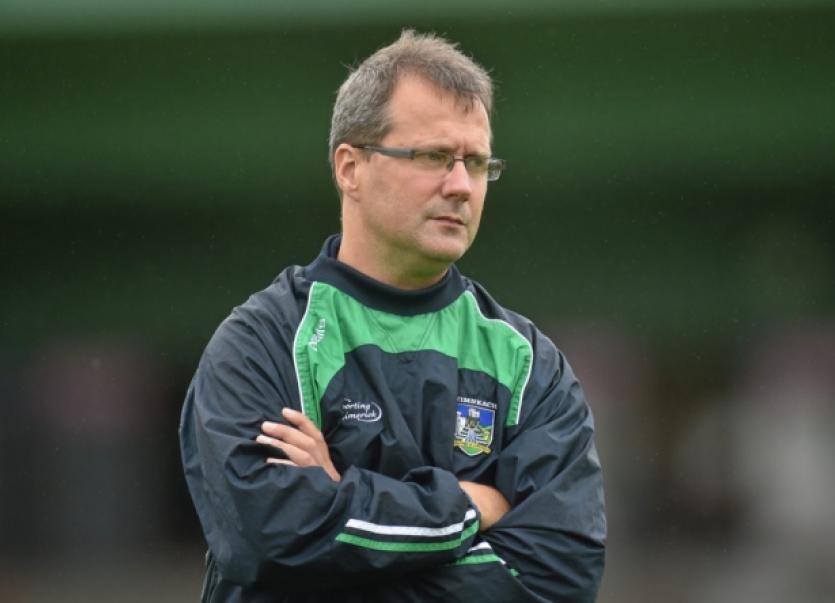 LIMERICK manager John Brudair didn’t hesitate for one second when questioned on the season that was 2014.

LIMERICK manager John Brudair didn’t hesitate for one second when questioned on the season that was 2014.

Victory in Markievicz Park would have secured just a second ‘modern day’ run of three championship wins in a row.

And, it would have gone along way towards atoning for the below par performance in the Munster SFC loss to Tipperary.

“I would have felt there was progress made if we had won today,” said Brudair after the round three All Ireland SFC qualifier loss to Sligo last Saturday evening.

“To me this was a good test of the team and to be fair we were close to pulling it off. It was good to get the results against London and Antrim but this would have been a result that would have said we were moving in the right direction,” he said after his first season as manager came to an end.

Certainly it’s always disappointing to lose a championship encounter against opposition that would be perceived to be of an equal standing.

Even more so when it would have advanced Limerick into the last 12 of the championship and a potential tie against either Galway or Cork.

Somewhat like many of their performances, the 2014 season is a mixture of good and bad for Limerick.

The season has probably ended without a full 70-minute demonstration of what the team is capable of.

The second half against Antrim could probably be seen as the high point.

The low points in terms of performance was the championship loss to Tipperary and league games against Roscommon and Fermanagh when they were over run.

In fairness to the Limerick management they had resisted using the term ‘transition’ throughout the year.

But to be fair that’s what 2014 was largely about.

It was an undertaking that had to be done and pretty much anyone who wanted a chance was afforded the opportunity throughout the Winter months and this policy continued right up until the end.

But it has demonstrated the amount of work that is necessary to get newcomers up to the required inter-county standard. Without continuous underage development structures in place, newcomers can’t immediately have the necessary skill-set or meet the physical or mental demands of senior football.

To be fair all newcomers played their part and no doubt the wealth of experience in the panel would have helped nurture their enthusiasm.

That’s why any mass exodus of experienced players would be detrimental to the progress of the youngsters.

Fingers crossed all the new faces will have enjoyed the inter-county lifestyle and return for 2015.

One can only expect that all who played some part this season will form the backbone for next season’s panel, with more new faces of course welcome and perhaps required.

In his first season in charge John Brudair has set about bringing fresh talent into the Limerick set-up.

So much so that Limerick used a remarkable 26 players in the four championship games .

Remarkably, McCarthy and Browne played every minute of the four championship games and the seven National Football league games with Ian Ryan and Ger Collins also featuring in all 11 games this season.

It was a season of new faces.

Jamie Lee also made his first appearance as a sub, while for Killian Phair it was a Limerick championship debut, having previously played with London.

Others like Donal O’Sullivan, John Mullane and Garrett Noonan were given fresh chances to impress in championship fare.

That was after a league that saw a total of 14 players get league action for the first time with Limerick, who used 34 players in the seven game league schedule.

All that came amid a back round that saw Stephen Kelly miss out as he failed to regain full match fitness due to on-going knee problems.

And, there were other notable absentees. Seamus O’Carroll, Andrew Lane, Stephen Lavin, Bobby O’Brien, Eoghan O’Connor, Derry O’Connor and Jim O’Donovan were all absent for varying reasons this season.

Remaining competitive in the NFL will be the first objective with Armagh, Louth, Tipperary, Clare, Fermanagh, Wexford and Sligo to provide opposition in Division Three.

But that’s for down the road. For now a lot done and certainly a lot more to do.