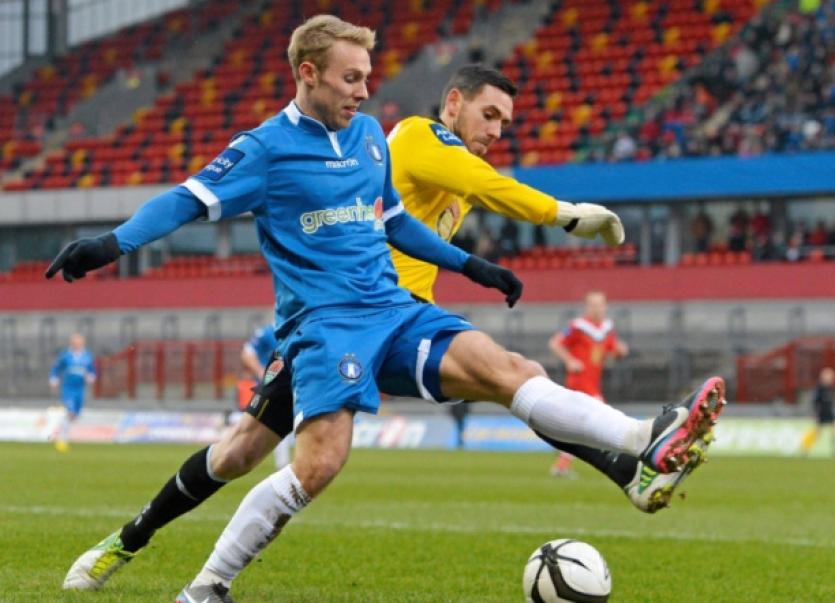 Limerick have won just two of their 10 top flight games this season, but were unfortunate to concede a dramatic 96th minute equaliser against Shamrock Rovers at Tallaght Stadium on Friday.

Taylor’s charges are on the road again this week, facing a trip to the Carlisle Grounds to take on Bray Wanderers this Friday night, 7.45pm.

“I believe 100% that we are in a false position in the table,” said Taylor. “Everyone can see that. It is not just the press, the supporters and the media. The character in the dressing room will come through in the end. We will be fine.”

Limerick have been boosted by the return to fitness of their exciting Scottish-born winger Danny Galbraith, who came on as a substitute against Rovers on Friday night.

“Danny’s return to action has given the boys a life. He has been out for a long time, too long. He has only had few performances at training to be fair,” Taylor said.

“I think starting the game on Friday night could be too much for him because he has only played that short spell.”

Fans can purchase three tickets for the price of two for the three upcoming games at Thomond Park against Dundalk, May 16, Cork City on May 20, and champions St Pat’s on May 23. The three-match ticket bundle is available from the Limerick FC Store at Arthur’s Quay and on Ticketmaster.