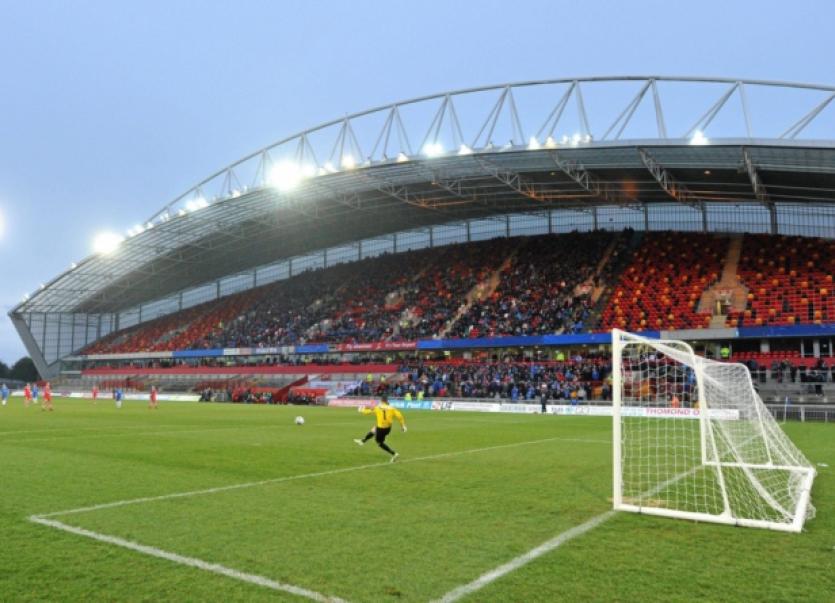 LIMERICK FC dropped to second-from-bottom in the SSE Airtricity League Premier Division table after suffering a frustrating 1-0 away defeat to Bray Wanderers at the Carlisle Grounds this Friday night.

LIMERICK FC dropped to second-from-bottom in the SSE Airtricity League Premier Division table after suffering a frustrating 1-0 away defeat to Bray Wanderers at the Carlisle Grounds this Friday night.

Substitute Adam Hanlon struck the all-important winner for the home side on 81 minutes as Stuart Taylor’s Limerick side went unrewarded for a largely dominant performance.

The defeat means the Blues have taken just two points from a possible 12 in their last four League outings and now just winless Athlone Town sit beneath the Mid West side in the top flight table.

Eleventh-placed Limerick face a daunting fixture list over the coming two weeks, with a testing run of home games against three of the top four sides in the Premier Division, Dundalk, Cork City and St Patrick’s Athletic looming.

Not for the first time this season, Limerick were left to rue a lack of cutting edge in front of goal following their disappointing trip to Bray. Taylor’s side have managed just seven goals in 11 Premier Division displays this season.

Limerick started well in what would be a first half of domination, with Shane Cusack enjoying a quiet 45 minutes in the visiting goal.

The sides remained scoreless at half-time, with captain Shane Duggan, Tam McManus and Stephen Folan all going close for Limerick.

However, Limerick were made pay for their failure to convert any of their scoring opportunities with less than 10 minutes remaining as substitute Hanlon netted a precious winners for the seasiders.

On a positive note for Limerick, the fit-again Danny Galbraith made his first start for the side since early September.