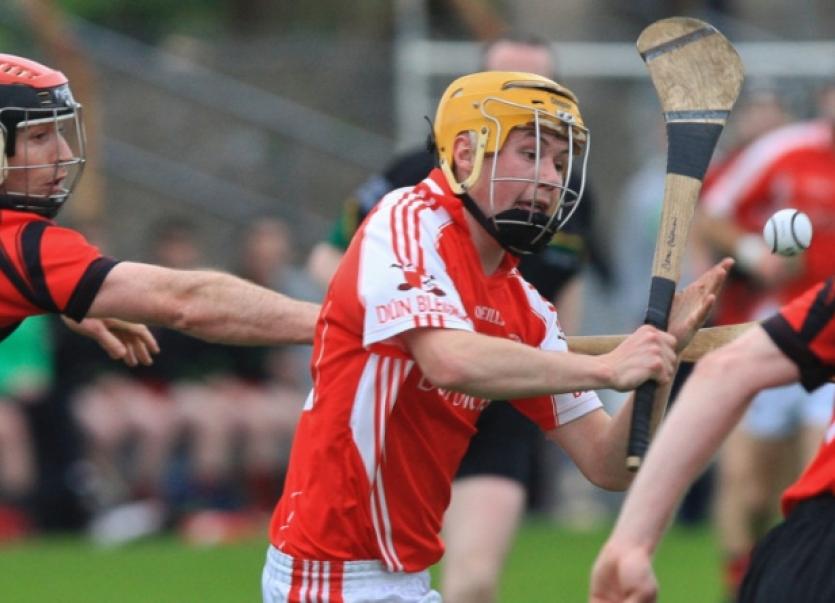 Jerome O’Connell ranked the Limerick senior hurling clubs from 1-12 ahead of the first round of games and now updates the list ahead this weekend’s action.

The champions were most impressive in their 12-point win over leading contenders Kilmallock. They had eight different scorers as they racked up a tally of 2-20. And, the win came without injured Breen brothers Kieran and Adrian. Maintaining the high standard is now the quest. It would no doubt have been easy to get motivated to face Kilmallock, but the Caherdavin men now face into four more group games where they will be hot favourites to win. Regardless, progressing to the knockout stages appears straight forward for Shane O’Neill’s men.

The champions of 2010 and 2012 were beaten by 12 points but still remain in second place! If one win doesn’t make a Summer, then one defeat doesn’t ruin a Summer... Ger O’Loughlin’s side were flat against Na Piarsaigh but his team did contain some surprise selections with both Gavin O’Mahony and Liam Walsh in attack and Kevin O’Donnell returning to defence. Much interest will focus on their line-up this weekend and into the Summer. While they don’t appear to have huge strength in depth, they must still be fancied to be involved in late August.

As well as Na Piarsaigh, Doon also caught the eye in 2013 but ultimately lost out to Adare in the semi-final. To reverse that result in round one of the new season is a massive confidence boost to the east Limerick men. But there’s is a tricky group and all games will be challenging. None more so than Ahane this Sunday. Their side remains pretty much similar to last season with the half back line the foundation for most of what is good. Their forwards were wayward against Adare, but still they hit 1-15.

The beaten finalists of the last two seasons fell to an eight-point defeat to Doon. But Shane Fitzgibbon used the game to reshape his team and introduced two Ardscoil Ris students to the Limerick SHC. Ross Kennedy and Jody Hannon were ruled out through injury but what will concern management is that Diarmuid Sexton was their only forward to score. In a group with little margin for error, Friday’s clash with Murroe-Boher could be key.

The intermediate champions of 2012 continued their upward curve in the senior ranks. Quarter-finalists last year, the Clarina men made a work-man-like start when scoring 1-20 to beat Granagh-Ballingarry. While Ballybrown won and two teams above them lost, all would agree that the men from out the N69 have still something to prove before breaking into the top four. On top of the usual contribution from free-taker Alan O’Connor, they had David Hall, Bryan Griffin and David Byrnes among the scores and this spread is vital if they are to reach the business end of the competition again.

The Castleconnell men snatched a huge win, 1-20 to 1-19, over Patrickswell to start the season on a high. They had Niall Moran in fine form scoring 0-14 (two from play) but others will need to step forward as the season progresses. The first round win means they had room for error and this could very well be the case with some big clashes ahead. None more so than Sunday’s east Limerick derby against Doon.

The Well lost out to rivals Ahane by just one point after fighting back from seven points down at half time to level in the closing stages. Saturday afternoon’s tie with Knockainey offers an ideal opportunity to get back to winning ways if their focus is right. Five of their attack found the range against Ahane but still their wides tally was high.

The east Limerick side were nine-point winners over Knockainey, who finished with 13 players. It’s just the start that Darren Moynihan’s side would have wanted but will know that four big challenges lie ahead. They play Adare on Friday, which will be a key barometer of both teams. They hit 0-12 in the first half against Knockainey but then found just 1-4 in the second period.

Like Murroe-Boher, they won in round one but don’t move in the rankings. Effin would have been an opposition that Liberties needed to beat if they are to mount a serious challenge. This Saturday they face the daunting task of playing champions Na Piarsaigh. They are 5/1 outsiders against Na Piarsaigh but regardless of the result they will learn much with games to come that will have a greater say in determining their final standing this season.

The All Blacks had two men sent off as they lost to Murroe-Boher, who were 0-12 to 0-1 up at half time. They face Patrickswell this Saturday afternoon and are again likely to be without key man Patrick Kirby, while Brian Cleary is not available as he is now in the US. The south Limerick men have a youthful look and getting a shock win over Patrickswell would be most welcome for confidence after round one.

The west Limerick men lost by seven points to Ballybrown. The challenge doesn’t get any easier this Sunday evening when they play a Kilmallock side smarting from their big round one loss to Na Piarsaigh. Granagh-Ballingarry managed just 1-2 from play against Ballybrown with Denis O’Connor frees keeping them involved until the final quarter.

In their third season in the top flight, the men from the Cork border opened with a 13-point loss to South Liberties. They play Ballybrown this Saturday in a repeat of the 2011 IHC final, which they won. In a group that contains Na Piarsaigh and Kilmallock, getting a win on the board before meeting the big two is essential.