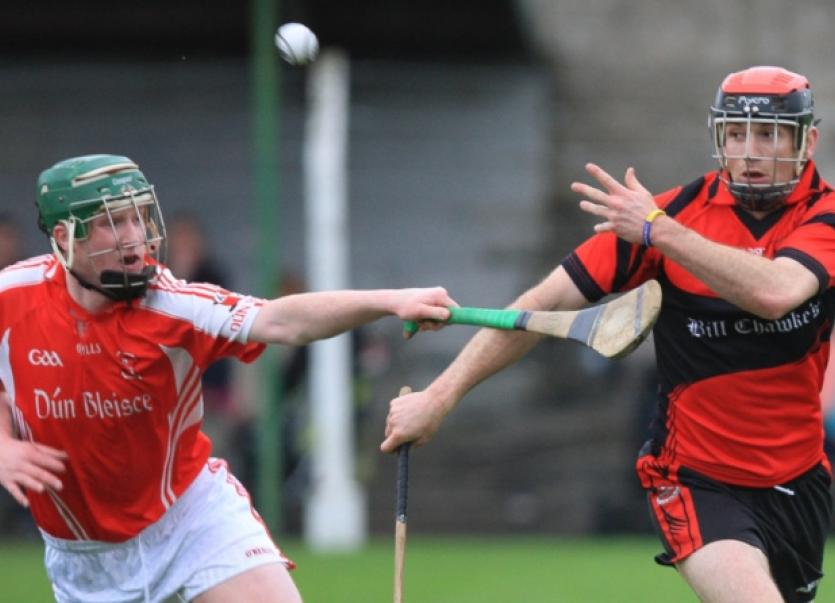 ROUND two of the Limerick SHC takes centre stage this weekend before attentions turn to the Munster championship fixtures over the June Bank Holiday weekend.

ROUND two of the Limerick SHC takes centre stage this weekend before attentions turn to the Munster championship fixtures over the June Bank Holiday weekend.

Memories of last season’s 1-17 to 0-13 defeat to Adare will be still fresh in Murroe-Boher minds. Ultimately that big loss stopped them reaching the quarter-finals on scoring difference.

They approach Friday in high spirits after a round one win. Under the guidance of Darren Moynihan they have given youth its chance with Conor Byrnes, Mike Dee and Darragh Kennedy all prominent. But the Tobin brothers are still key score getters, although Mikey Ryan impressed against Knockainey.

Adare are hindered by a growing injury list. Conor Fitzgerald, Jody Hannon and Ross Kennedy weren’t togged out in their loss to Doon, while Eoghan Costello was forced off injured.

Both suffered defeats in the first round and will want points on the board ahead of the break.

Knockainey could be without Mark Cleary and Tom Moloney, who were both sent off in the loss to Murroe-Boher. Pat Kirby is also out at present as he battles back from a broken bone in his foot. With Brian Cleary in the US, their options are tight.

Patrickswell, without Cian Lynch, battled back gamely against Ahane only to be denied in the final minute. But they will take positives from the loss and know that they were hit for 11-pointed free against Ahane.

The winner will top the group and put themselves in pole position for a knockout place. This is a big chance for Doon to stake their claim as the No1 side in the east. But while they have beaten their rivals in divisional championship and county league, Ahane would hold the upperhand in county championship.

Another clash of impressive first round winners. While the odds on the Caherdavin men retaining their title have shortened they are suffering with injuries with Buckley brothers Mark and Niall and Breen brothers Kieran and Adrian all on the treatment table. But their attackers are the envy of all.

Shane O’Neill and the Liberties rearguard will need to be at their sharpest.

A repeat of the 2011 IHC final, which Effin won. But last season Ballybrown reversed that result in the SHC.

Effin suffered a big loss to Liberties, while Ballybrown opened with a win. The Clarina men will have targeted back-to-back wins to set them up for June, while Effin need points for morale.

It will be interesting to see if Ger O’Loughlin makes positional switches with Gavin O’Mahony and Liam Walsh both in attack last weekend.

Granagh-Ballingarry can expect a Kilmallock backlash, but will enter the game without any pressure. Early scores will be needed by the west Limerick men, who relied heavily on Denis O’Connor in round one.