How the Limerick hurlers rated against Antrim 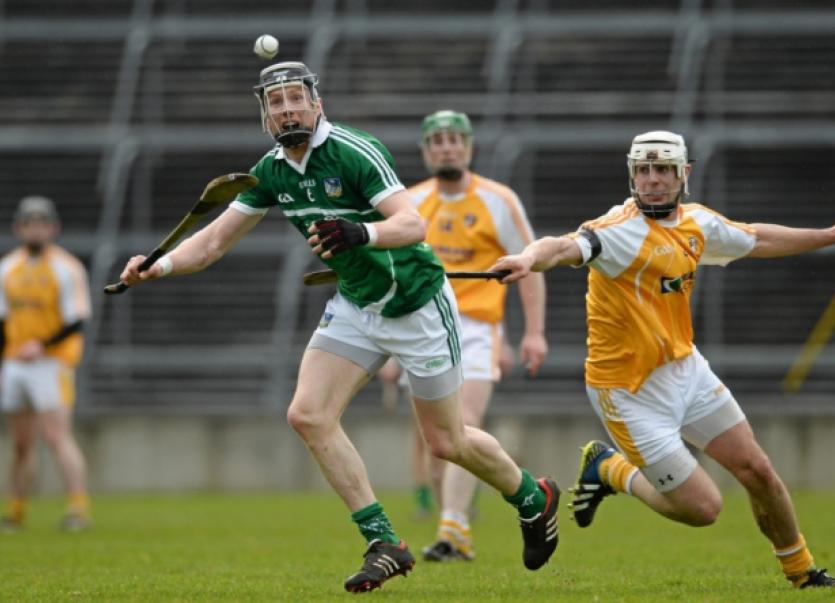 LIMERICK continued on their National Hurling League promotion chase with a 3-26 to 0-12 win over Antrim in the Gaelic Grounds on Sunday.

LIMERICK continued on their National Hurling League promotion chase with a 3-26 to 0-12 win over Antrim in the Gaelic Grounds on Sunday.

Jerome O’Connell casts an eye over the performances of the Limerick players.

An easy day at the office for the Limerick goalkeeper with Antrim not carrying any real goal threat. Had one anxious moment with a fumble but recovered to avert trouble

After an uneasy outing against Patrick Horgan the previous week, Walsh was back to his dependable best. One memorable catch in the first half the highlight.

Looked very assured in the full back role with Richie McCarthy out due to a slight injury. Still working his way back to full match fitness but thundered out with numerous balls.

A quiet but confident outing for the Patrickswell man, who didn’t do his chances any harm of breaking the regular full back formation.

O’Brien has continued where he left off last season with strong displays. Developing into a credible scoring option with his long range accuracy from wing back but also needs to ensure that defence remains the primary objective.

Surged forward to score two fine points in the later stages of the first half which in a way displays the defensive weakness of Antrim. Held the centre well, albeit without any second half pressure

A day when the half back line were on the forward foot more that retreating towards goal. Did what was asked of him with usual efficiency.

Not as prominent as the Cork game but kept Limerick on the forward foot with varied deliveries into the attack and a number of probing soloes.

Was forced off injured on 20-minutes after he ended up crashing over an advertising hoarding chasing possession along the sideline.

The South Liberties man started as a third midfielder and then made the move permanent when O’Grady went off. Looked more assured out the field and burst forward with menace to notch four points and could have had a goal.

Brought experience and a physical edge to the new-look attack. Chipped in with a point but most of his contribution was of the selfishness variety.

Finished with 0-11 and stepped confidently into the boots of free-taker Shane Dowling. But aside from free-taking he was very prominent and hit five fine points from play.

Finished with two points but had more possession and couldn’t get around his marker sufficiently with ball in hand.

Found it hard to get ball in hand. Ended with a point and also supplied a clever pass for one of the goals.

Was quiet for long periods but still ended with 1-3 and took his goal with aplomb in the 56th minute.

The Dromin-Athlacca man got 50-minutes on his league debut at wing forward. Showed great foot work to weave through for the opening goal in the 52nd minute.

The Ahane man played the final 10-minutes at wing back when replacing Gavin O’Mahony for his first taste of senior competitive action.

The Kilmallock man made his league debut when playing the final 10-minutes at corner back in place of Stephen Walsh.

The Doon attacker replaced Tommy Quaid at full forward for the final 5-minutes for a league debut for Ryan, who played in the 2005 All-Ireland minor final.

The fifth of the subs to make a league debut and like Reidy scored a fine goal when cleverly batting to the net from close range with his first touch. Played the final five minutes in place of Paul Browne.