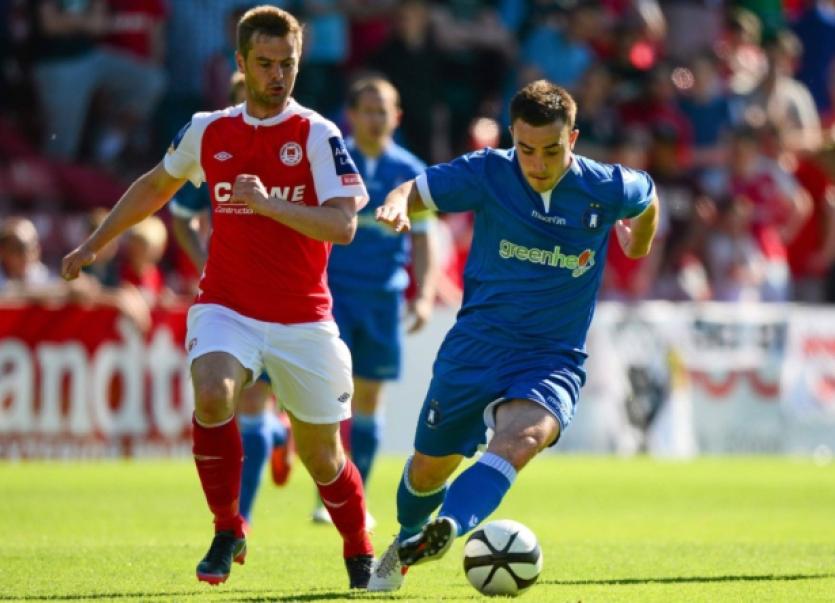 LIMERICK FC were edged out 4-3 by the Athletic Bilbao B side in the first of two friendlies Stuart Taylor’s side are playing as part of their pre-season training camp in Spain.

LIMERICK FC were edged out 4-3 by the Athletic Bilbao B side in the first of two friendlies Stuart Taylor’s side are playing as part of their pre-season training camp in Spain.

Despite two goals from Shane Tracy, which brought his tally to six in five games, and another from Darragh Rainsford, the Blues had to give second best to their opponents in Lezama this Tuesday night.

Athletic Bilbao B were founded in 1964 and are the reserve team of La Liga side, Athletic Bilbao, currently fourth in La Liga. The B side currently plays in Segunda División B – Group 2.

Sociedad Deportiva Amorebieta, also based in the Basque Country were founded in January 1925 and also currently play in Spain’s Segunda División B – Group 2

Limerick FC manager, Stuart Taylor said pre-season trips were a key part of his preparation for any new season.

“Pre-season trips are really important for me,” Taylor said.

“It brings that togetherness and camaraderie. You get boys living on each other’s doorsteps and there are a lot of good things that can come out of pre-season trips.

“You get to know characters a lot more and learn the personalities, and most importantly players get to know each other.

“It’s huge for us, having all the players together and playing two good games that we’ll get when we’re out there.”

Limerick FC will be looking to build on their seventh-placed finish in the Premier Division last season.