Galvin back for 16th season with Limerick 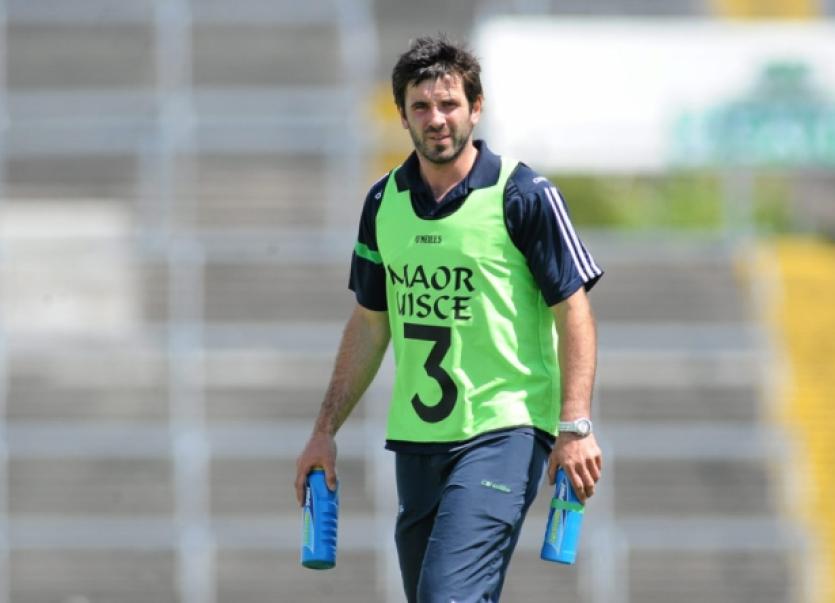 LIMERICK football stalwart John Galvin could be set for a return to action in this Sunday’s National Football League tie in Roscommon.

LIMERICK football stalwart John Galvin could be set for a return to action in this Sunday’s National Football League tie in Roscommon.

The long serving midfielder missed the two opening games of the league but has returned to training with John Brudair’s panel in the last two weeks.

Tom Lee and U-21 player Darragh Treacy manned the midfield in the games against Sligo and Longford, but even the inclusion of Galvin in the match day panel of 26 would be a huge boost to Limerick’s Division 3 campaign.

Galvin, who made his Limerick senior debut in 1999, is facing into his 16th season at inter-county level despite suffering cruciate ligament injuries in 2011 and 2012.

Limerick manager has spoken of the importance of Galvin’s presence on the younger members of the new-look panel.

“It has been great to see him back on the fielding ground. Even for some of the younger lads to be challenging him for balls is experience for them,” said Brudair.

“We will look at him this week and see how he is match fitness wise but he could play a part on Sunday,” said Brudair.

The Limerick side to play Roscommon in Kiltoom on Sunday won’t be finalised until after training on Friday night.

Regular goalkeeper Brian Scanlon is back in contention after missing the two opening games through injury.

Also in the plans of the new Limerick management is Killian Phair, who is returning after a hamstring injury.

The former London inter-county footballer starred for Dromcollogher-Broadford in their 2013 Limerick SFC win.

A Rathkeale based secondary school teacher, the Cavan native played senior football with London from 2009 to 2011 and has actually played in a league tie against Limerick.

The 27-year-old corner forward was one of the top scoring forwards in the 2013 club championship.

After the opening round league loss to Sligo and then the win over Longford, Limerick played Galway in a challenge game last weekend.

The bookies make unbeaten Roscommon the 1/2 favourites to beat Limerick.

“They are a big physical team and have one of the forwards on form at the moment in Cathal Cregg and they also have Kilbride and Shine,” said Brudair.

“If we play to our ability we give ourselves a chance to win any game and then it comes down to taking chances.”

“Sunday is a big game for us - it will tell us where we are in terms of promotion or survival. The lads have worked hard but a lot of these games come down to how mentally up for it the players are on the day,” said Brudair, of the round three encounter.