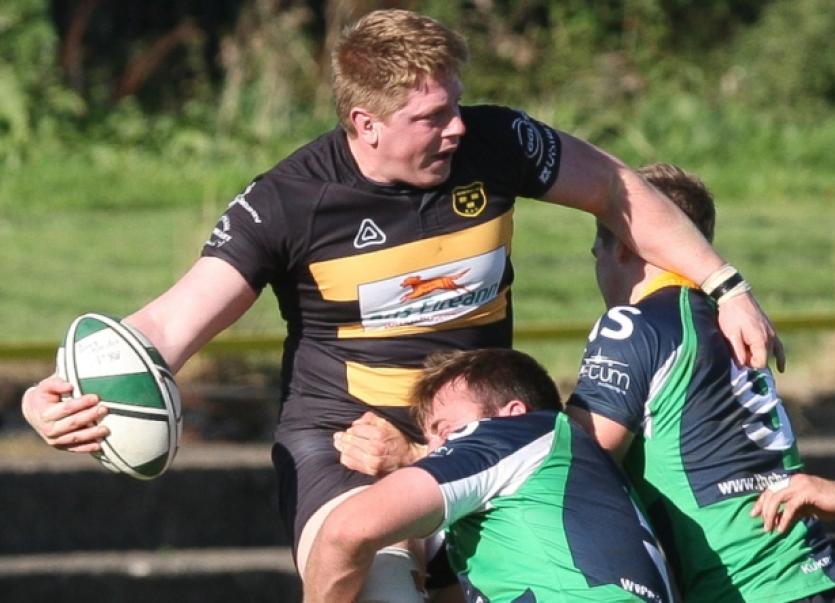 Munsters’ joined early pace-setters Cork Con’ and Dolphin on 9 points at the top of the 1A table thanks to a deserved 29-16 success. Winger Derry O’Connor bagged a brace of tries for Munsters’, while Lukas Kuntz and out-half Shane O’Brien also crossed the whitewash. Scrum-half Brian Haugh added nine boots with the boot.

Garryowen are propping up the Division 1A table – one of two sides on zero points – after the ‘light blues’ suffered a 33-3 drubbing away to Clontarf.

A first half penalty from Jamie Gavin was all Garryowen could manage as ‘Tarf ran in five tries in a resounding victory.

Next up for Garryowen is a crucial home fixture against high-flying UCD at Dooradoyle on Saturday, October 26.

Meanwhile, in Division 1B, UL-Bohs collected their first success when overcoming Belfast Harlequins 23-17 at Annacotty.

Shannon fell to their second successive defeat, when losing 30-16 to Corinthians in Galway.

In Division 2A on Friday night, Old Crescent claimed the bragging rights over Bruff with a 17-9 win in their derby clash at Rosbrien. Old Crescent, who moved up to 12th place in the table, had a try from Alan Bennie, while Kevin Meade also bagged a touchdown and added two conversions and a penalty goal. Bruff, who are propping up the 2A table, replied with three penalty goals through Declan Bannon.

In Division 2B, Thomond lost 16-19 away to Tullamore. The Limerick side’s points came from a Dara O’Neill try and three penalty goals and a conversion from Dermot Fitzgerald. Newly promoted Richmond are still searching for their first win after going down 16-37 at home to Greystones. The defeat leaves Richmond third-from-bottom in the 2B table.