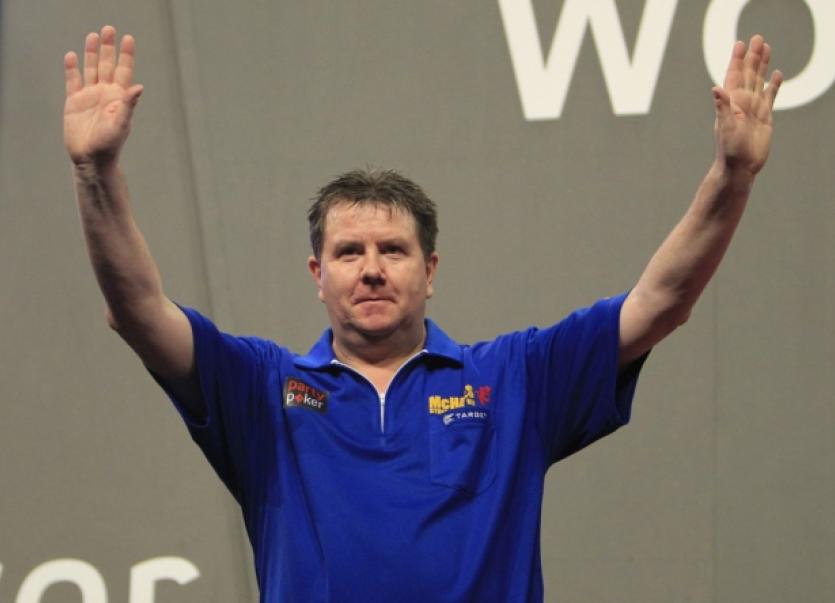 Limerick man Connie Finnan recorded a stunning 2-0 victory over two-time finalist Terry Jenkins in the opening round of the partypoker.com World Grand Prix in Dublin on Monday night.

Limerick man Connie Finnan recorded a stunning 2-0 victory over two-time finalist Terry Jenkins in the opening round of the partypoker.com World Grand Prix in Dublin on Monday night.

World number 74 Finnan, from Garryowen, produced the performance of his life to thrill his home crowd at the Citywest Hotel in Dublin.

The 51-year-old came from a leg down to win the opening set 3-1, and though Jenkins kicked off the second set with a 152 finish, Finnan took the next two to move to the brink of victory.

Jenkins hit back to take the set into a deciding leg with a 14-darter, but Finnan was first to a finish as he landed double eight to complete the biggest triumph of his career.

“I can’t believe it - to win in front of the home crowd was absolutely unbelievable and I can do back to Limerick now with my head held high,” said Finnan, who was cheered on by his wife, daughter and six sisters.

“The support of the crowd was fantastic and I was over the moon with how I played. To be just in the same practice room as these players is unreal for me and it’s a dream come true to beat Terry.

Finnan, who is already guaranteed to be back at the Citywest Hotel on Sunday night when he competes for the leading domestic honour in the Tom Kirby Memorial Irish Matchplay final against Colin McGarry, will now take on two-time World Grand Prix champion in Wednesday’s second round.

However, he revealed the he will have to ask for time off from his day job in a factory in Shannon making plastic bag closures to return to Dublin for his last 16 contest.

“I’m travelling back to Limerick on Tuesday and I’ll be in work on Wednesday morning, but I need to ask for the afternoon off to come back for the second round,” he said.

“I hadn’t booked the time off in advance so I’ll be trying to finish early, about 12 o’clock, to get back up here, and we’ll see what happens after that - it would be great to be in both finals next Sunday!”