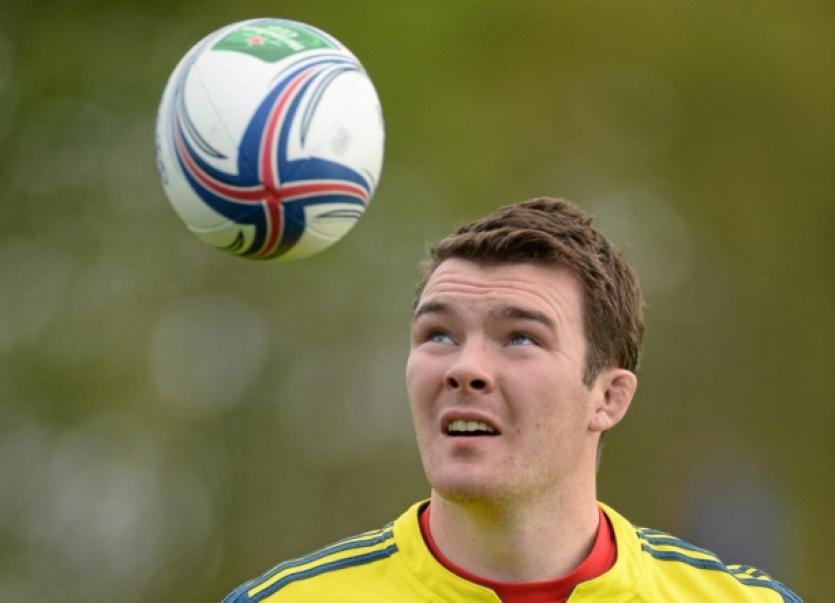 A DECISION on Peter O’Mahony’s availability for Munster’s Heineken Cup opener with Edinburgh this weekend will be made on Thursday.

A DECISION on Peter O’Mahony’s availability for Munster’s Heineken Cup opener with Edinburgh this weekend will be made on Thursday.

Munster captain O’Mahony took a knock to the head towards the end of the first half of province’s RaboDirect PRO12 victory over Leinster at Thomond Park on Saturday, The influential back-row forward was replaced by CJ Stander at half-time ‘as a precautionary measure.’ Munster say the medical staff are following the standard return to play protocol which will see O’Mahony integrated back into training as the week develops.

Speaking at a Munster press conference at the Castletroy Park Hotel this Tuesday, O’Mahony said: “I am feeling very good. Obviously I have to go through the protocol. The medical staff made the call (for him to come off) at half-time. I probably could have carried on, but with the week that was in it, they pulled me and that was probably the right call. I am feeling very good now.

“I will get through my protocol and see how I feel towards the end of the week.”

Munster’s Heineken Cup pool opener against Edinburgh at Murrayfield kicks off at 1.35pm on Saturday. Munster host Gloucester in round two of the competition at Thomond Park on Saturday, October 19 at 6pm.

Meanwhile, scrum-half Gerry Hurley, who captained the Munster A squad against Connacht Eagles in September, has been ruled out of action for this weekend’s British & Irish Cup opener. Hurley was due to undergo surgery today, Tuesday, after dislocating his right index finger at training last week, and may be out of contention for up to twelve weeks.

Second row, Ian Nagle who sustained a tendon injury in his left foot against Zebre, met with the orthopaedic surgeon on Monday for an update, and from this will continue with his rehabilitation process.