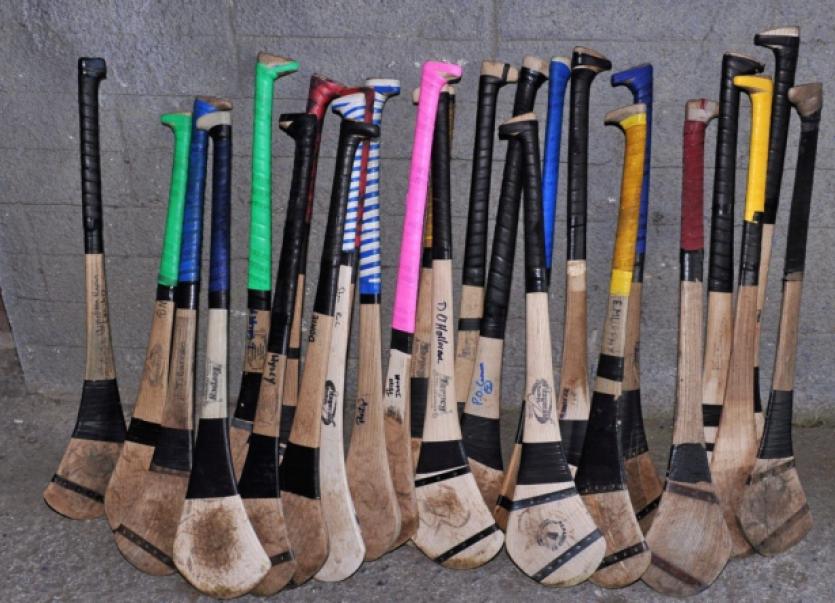 The quarter-final places are up for grabs in the Limerick SHC this weekend. Jerome O’Connell previews the action.

The quarter-final places are up for grabs in the Limerick SHC this weekend. Jerome O’Connell previews the action.

It’s almost three years since these south Limerick rivals met in the championship.

That was the south JAHC final when Effin were 1-13 to 2-7 winners over the second string of their next door neighbours. Leaving Ballyagan that Sunday night even the most optimistic in Effin could not have predicted that they would have joined their illustrious neighbours in the senior ranks within two years.

This Thursday night, the sides meet in senior hurling for the first time ever.

Their ACHL game of 2012 never took place and just two weeks ago they were to meet in the 2013 league but that has been doubled with this week’s eagerly awaited clash.

Making the occasion all the more special, the minnows of Effin know that a four point win, coupled with a big Ballybrown win would send the champions crashing out.

But it’s a tall order. Especially if Kilmallock injuries clear up. There remains a doubt about Paudie O’Brien, but the club captain did some light training this week.

Jake Mulcahy, Kevin O’Donnell, Kevin O’Mahony and Liam Walsh have all had recent lay-offs but should be in contention to start. Bryan O’Sullivan is yet to start this but is also back in training.

Effin have big leaders in Nickie and Tommy Quaid, John Dillon and Damien Moloney and the quartet would have to be at their best to succeed.

Only an unlikely big victory for Hospital-Herbertstown can move them from the foot of the table.

In a repeat of the 2010 Intermediate semi-final, Ballybrown look primed for revenge.

The south Limerick men are struggling without so many key players and are realistically battling for their senior survival.

Ballybrown know they must win to ensure a quarter-final spot in their first season back in the top flight and I fully expect them to advance.

Another of the winners takes all contests.

The winner will play Doon in the quarter-final, while the loser will face Granagh-Ballingarry in the relegation play-off. If it ends level, it will be The Bouncers that advance.

But in recent years South Liberties have held the upperhand. They won group games in 2010 and 2011 and won the County Cup final meeting two years ago.

Sean Hehir’s Liberties have been boosted by the return this year of Anthony Owens and the addition of Brian Foley. They will need big displays in their half back line from Shane O’Neill and Tom Ryan to curb an area of the field where Garryspillane have strong ball winners.

The Bouncers are one of the form teams of the last 12-months and have recently had a good run in the Munster senior league.

After their win over Knockainey the last time out, Murroe-Boher know that a win will guarantee them a quarter-final spot. Mathematically its possible for them to loose and still qualify but Ger Hegarty’s side will bid to keep their destiny in their own hands.

Technically its possible for Bruree to reach the knockout stages but such is scoring difference that they are battling for pride ahead of a relegation battle.

The Bruree cause would be helped by the absence of Seanie Tobin. As free-taker and scorer in chief, the inter-county man would be a big loss.

But at least his side have played most league games without his service. Others will be required to step up.

All motivation should be with Murroe-Boher but only time will tell how they cope if Seanie Tobin is out. They have won recent battles between the sides in championship and county cup but this could be tighter.

The scenario is simple for both. Adare need at least a draw to fully ensure top spot in the group, although scoring difference means they will remain top even if they lost.

Knockainey need some form of a positive result and will also be keeping an eye on the Bruree v Murroe-Boher game. While the All-Blacks got off to a flyer with a win over Bruree they didn’t build on that against Murroe and now face a big task.

Adare, will be without John Fitzgibbon but still should carry too much firepower.

The result means little to either side. Regardless of the result, Doon will still finish top and Granagh-Ballingarry will finish bottom.

Both await the outcome of the Garryspillane and South Liberties game, with Doon playing the winner and Granagh-Ballingarry facing the loser. Doon will want to maintain momentum and that should be sufficient motivation.

In the Gaelic Grounds

Another game that means little.

Ahane will top their group, Croom will be bottom.

Like the previous game, both teams await the result of the Na Piarsaigh v Patrickswell game with Ahane playing the winner and Croom facing the loser in the relegation play-off.

Narrow defeats have left Croom in their current situation. Last week they suffered another narrow loss in the South Final.

In the Gaelic Grounds

What a prospect this is and what an opportunity for The Well if Na Piarsaigh are missing Kevin Downes (broken toe), Adrian Breen (broken collar bone) and Shane Dowling (shoulder).

The semi-final meeting two years ago was the first time ever that Na Piarsaigh beat Patrickswell in the Limerick SHC.

The Caherdavin men had experimented with David Breen at centre back but may have to change due to a lack of forwards. Na Piarsaigh have lacked any great intensity in games to date and that will have to be reversed.

Patrickswell have run opponents into the ground but are let down by poor shooting. If they can cut down on wides and the Na Piarsaigh absentees are confirmed a shock could be in store.