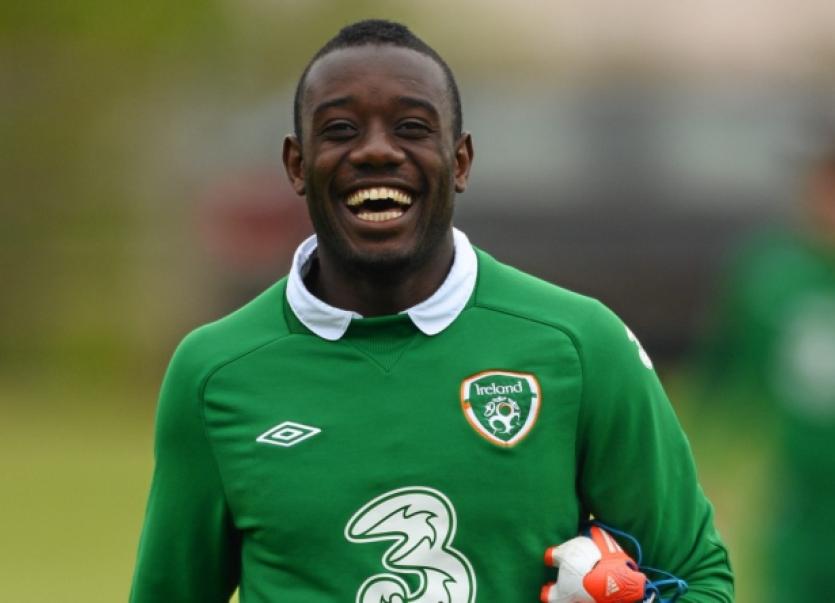 LIMERICK FC have signed two players with underage international experience as they enter the final stage of games in the Airtricity League Premier Division.

LIMERICK FC have signed two players with underage international experience as they enter the final stage of games in the Airtricity League Premier Division.

Ireland U-19 international Carel Tiofack is joining the club from the relative obscurity of the Cadiz B team in Spain while Ballynanty’s Jason Hughes will make the step up from junior soccer after he impressed in a series of trial games. Hughes captained the Irish schools team in 2009. Both players are attacking midfielders.

Tiofack - who is born in Cameroon but moved to Ballincollig in Cork at a young age - was on the books at Ipswich Town as a schoolboy.

“Young Carel is someone who we knew about,” said Limerick FC boss Stuart Taylor this week. “We did a number of checks on him over in Spain where he played. We knew he was talented, got him over on trial, persuaded him to come over, have a look at the club and he was at the game on Sunday against Derry and he played in a trial game on Monday.

“Going to be a big addition to the club, certainly going to please the supporters. He has a lot of quality on the ball and he’s certainly got something different to what we have already and we’re looking to get that final pass.

“Young Jason came in from junior level. We’d a host of trialists but he stood out head and shoulders above everybody in terms of effort, committment, fitness, level, huger, desire and has that attitude to improve himself. He has something to add to the squad so we were delighted to add him.”

Limerick have now completed two full rounds of games - meaning they’ve played everyone at home and away - and entertain Cork City again in Thomond Park on Friday night.

They drew 0-0 with Cork in their opening game in Limerick back in March and won 3-2 when the sides met in Turners Cross in May. Limerick are sixth in the table, one place and two points ahead of Cork.

With Limerick only eight points clear of bottom side Bohemians, they need to continue claiming as many points as possible but Taylor is relatively pleased with where they stand at this stage of the season.

“But then there’s the other side of things. The goals we’ve conceded, the leads we’ve given up, the amount of points we’ve thrown away I wouldn’t be happy with. We know where our problems are and we know where our weaknesses but we know how to solve them so we’re a work in progress.

While Stephen Folan is available again after suspension, Stephen McGann and Pat Purcell are still out injured while there is a slight doubt over Shane Tracy.

“I don’t want a draw, I want a win,” says Taylor of the Cork game. “And we want to do it in a bit of style in front of our home supporters.”