Munster to look within in search for O’Gara replacement 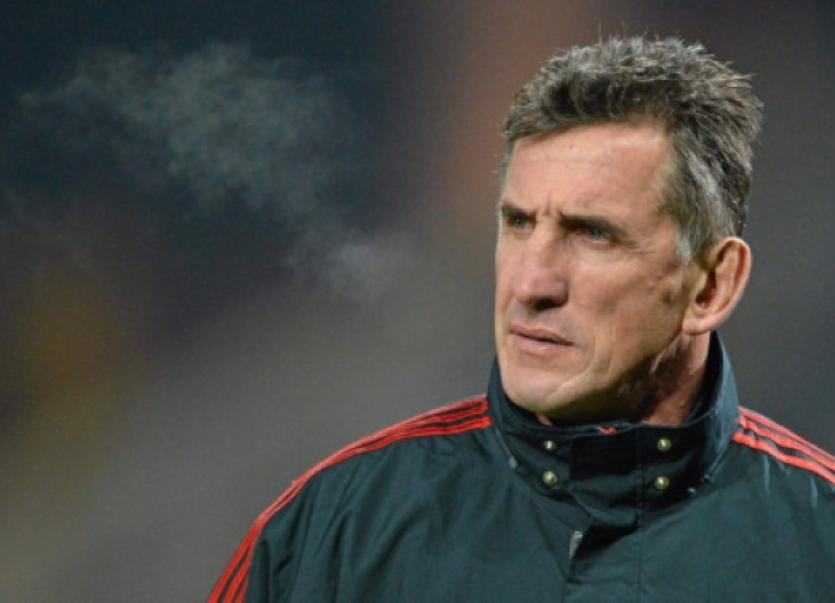 Munster received special dispensation from the IRFU to retain South African prop BJ Botha for a further two seasons under the Union’s new player succession policy which restricts Munster, Leinster and Ulster to one non-Irish qualified player per position. Botha’s position had been uncertain with the presence of New Zealand tighthead, John Afoa at Ulster.

Leinster already announced the signing of New Zealand-born out-half Jimmy Gopperth from Newcastle Falcons on a two-year deal in March as they plan for the departure of Jonathan Sexton to France. As a result, it seems unlikely that the IRFU would grant Munster further dispensation to sign another non-Irish qualified fly-half this summer.

Prior to Rona O’Gara’s announcement that he is retiring from the game and taking up a coaching role with Racing Metro next season, Munster Rugby had indicated that they were in the market to sign a new winger to replace Doug Howlett, who announced his retirement due to injury last week.

Munster’s squad is already set to be bolstered by the arrival of Leinster winger, Andrew Conway this summer. Conway has been in terrific form for Joe Schmidt’s side in recent weeks in both the Amlin Challenge Cup and RaboDirect PRO12.

Munster head coach, Rob Penney showed faith in Ian Keatley this season by starting the 26-year-old in 18 games, including three in the Heineken Cup. Keatley’s style of play is well suited to the game plan Kiwi coach Penney has been introducing at Munster since his arrival last summer. Munster will also be pleased with the progress their 20-year-old out-half/centre JJ Hanrahan made this season as he racked up11 appearances for the senior side in PRO12 and Heineken Cup.

Speaking on Thursday about Munster’s recruitment priorities this summer, Penney said: “It comes down to budgets. There is not a lot of flexibility in that area for us. We have to cut our cloth to fit really. We have done most of our contracting.

“Doug (Howlett) is moving on, so we are in the market in that area for a replacement player.”

Munster Rugby CEO Garrett Fitzgerald added: “We have made a big effort through our academy to bring our young players forwards. I think that is a way forward for us as well. The structure policy the IRFU have for importing players or bringing players in is not as easy as it was.

“If one of the other provinces have taken up a position, you can’t bring someone in in that position. It is not as simple as it was before either.”

Thirty six-year-old O’Gara is Munster’s most decorated player, capped 240 times for the province in a career that began in August 1997. The Celtic League, Celtic Cup, Magners League and two-time Heineken Cup winner was also capped 128 times by Ireland and toured with the Lions on three occasions.

Among those to pay tribute to O’Gara was his long-time Munster and Ireland team-mate, Donncha O’Callaghan.

O’Callaghan said: “To gauge the impact this (retirement) will have, you have to understand the phenomenal type of character he (Ronan O’Gara) is.

“Every day he turns up for training, he brings a standard, sets that standard and never drops it an inch. And expects no less from anyone else no matter whether that’s with Munster, Ireland, the Lions, makes no difference to him.

“There are so many players, and I include myself top of that list, who are so much better players for being around him.”