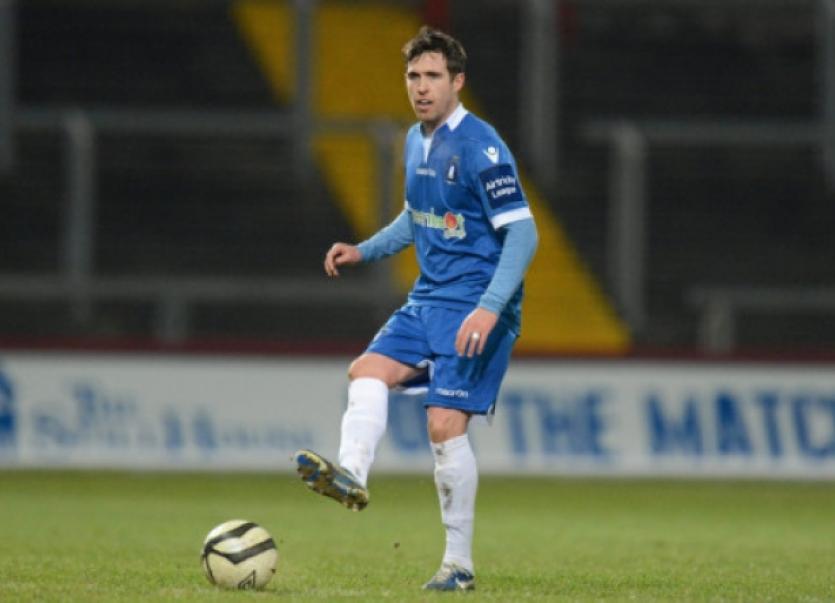 LIMERICK FC needed a penalty shootout to see off Waterford Utd in the EA Sports Cup in Thomond Park on Monday night.

LIMERICK FC needed a penalty shootout to see off Waterford Utd in the EA Sports Cup in Thomond Park on Monday night.

Limerick looked to be heading out of the competition as they trailed 1-0 as the game entered injury time but a Barry Sheedy equaliser sent the game to extra time.

There was no more scores in extra time and in the shootout, Limerick won 4-2. Shane Tracy, Stephen Folan, Axel Bossekota and Stephen Bradley all scored for the Blues while Shane Cusack saved one and Waterford also hit the post

Waterford took the lead after half an hour when Vinny Sullivan glanced a fantastic header past Shane Cusack after a sublime cross from Aidan McGrath on the right.

Limerick almost levelled on the hour when Stephen Folan was denied a goal of the season contender. His thirty-five yard smash bounced back off the face of the crossbar, much to the disappointment of footballing world.

Stuart Taylor’s men really failed to create any clear cut goalscoring opportunities, despite dominating possession in the middle of the park. Patrick Nzuzi slotted into centre half and did a fantastic job bringing the ball out from the back four.

As the board went up displaying added time, in one last ditch effort, a Shane Costelloe cross into the box landed to the feet of Barry Sheedy and the young forward no mistake – sending the tie into extra time as his effort rolled past Charles Sanders.

The win sees Limerick book their place in the quarter-final of the competition.