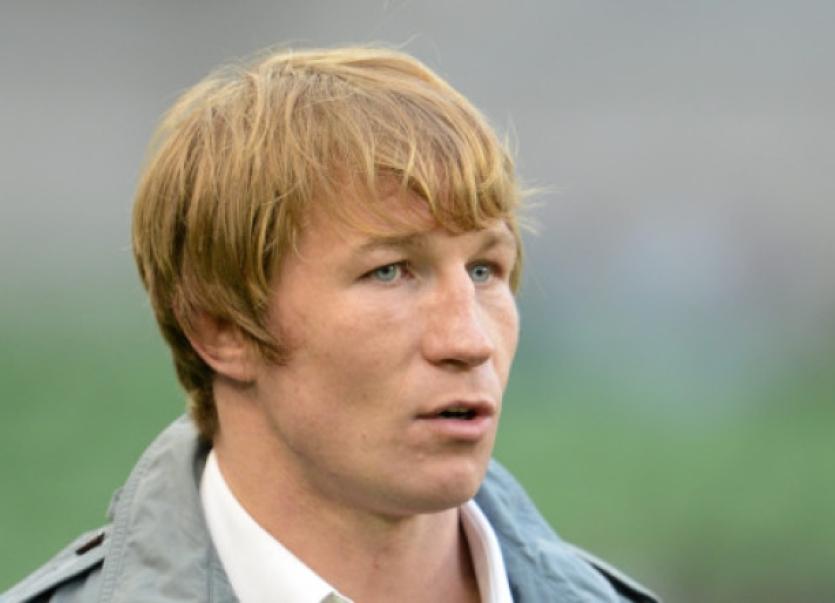 Former Munster and Ireland hooker Jerry Flannery was asked to leave the Munster Schools AGM last week, despite wishing to make a presentation about the new eligibilty rule.

Former Munster and Ireland hooker Jerry Flannery was asked to leave the Munster Schools AGM last week, despite wishing to make a presentation about the new eligibilty rule.

FORMER Munster and Ireland hooker Jerry Flannery this week revealed his frustration and disappointment at not being allowed address delegates at the Munster Schools Committee AGM.

Flannery, who played Schools Cup rugby with St Munchin’s College, insisted he did not have any agenda attending last Thursday night’s meeting, but felt sharing his experience of coming through the schools system would prove valuable to the delegates.

Flannery accepted that while he was technically not entitled to address the AGM, he felt, given how he had gone on to play for Munster and Ireland having come through the schools system, he should have been given the opportunity to speak.

Flannery was one of two members of the public asked to leave the meeting - the other being Gerry Nugent, a parent of St Munchin’s students.

Jerry Flannery said: “I went out to Charleville to speak at the meeting on Thursday.

“Technically, I should not have been there. But I am not involved in a school. I went there as a rugby fan and as someone who came through the schools system.

“I didn’t have a vested interest. I was asked to leave the meeting. I am not involved with St Munchin’s College.

“I am coming at this from the point of view of someone who has gone through the schools system and gone on to play for Munster and Ireland.

“Schools rugby is about having as many players as possible playing at the highest standard they can.

“I felt grateful to the schools system for the chance it afforded me.

Jerry Flannery explained that he had taken time prior to the AGM to meet with representatives from both St Munchin’s College and Castletroy College, who hold very different opinions on the eligibility rule for the Schools Senior Cup.

Jerry Flannery said: “I spoke with both John Broderick, of St Munchin’s College, and Declan English, of Castletroy College, about the issue. Declan English explained his reasons for feeling the way he does about the matter.

“You look at Castletroy College, a school which only began a few years ago, and has already won three Schools Cups. It’s an incredible achievement. The school is doing a huge amount of good work.

“I thought it would be helpful if those attending the AGM on Thursday night heard a different point of view.

“This is a potentially massive decision for Munster rugby.

“I repeated my Leaving Cert at St Munchin’s College and benefitted from the extra year I spent playing rugby there.

“I wasn’t representing any school. I wanted to say my piece at the meeting and was planning to leave after that before the discussion began.

“Technically, I wasn’t supposed to be at the meeting. But I felt they were being pedantic asking me to leave. I was cheesed off by the decision.

“Schools rugby is about producing players and helping them realise their potential to be the best players they can.

“Schools rugby is not solely about winning cups. Some schools argue that you cannot compete against the schools with the biggest playing resources.

“But when you set foot on the pitch, you are competing. I came out of the schools rugby system a lot better player for the experience.

“I have heard the arguments about a player who has been a first choice starter in his schools team from first year and that it’s unfair if he loses his place to a player who has just arrived into the school at Senior Cup level. But I disagree with that view.

“Competition for places raises standards and the player who was there from first year improves as a result.

“You don’t make a competition like the Munster Schools Senior Cup better by ring-fencing it. Everyone gets better with competition.

“Munster lost Doug Howlett and Ronan O’Gara to retirement over the past couple of weeks.

“They are huge losses, but there could be six Doug Howletts and Ronan O’Garas out there in Munster who will be lost to the system if they don’t get the chance to play at schools level.

“Players cannot afford to lose a year of their rugby development while they are waiting around to be eligible to play in the Schools Senior Cup.”

A spokesman for the Munster Schools Committee said the AGM was not an ‘open’ meeting except for those representing schools. Schools had been asked to confirm their representation at the meeting in advance. It is common to have two representatives there, an incoming and out-going Gamesmaster for instance. However, only one delegate had voting rights at the AGM.